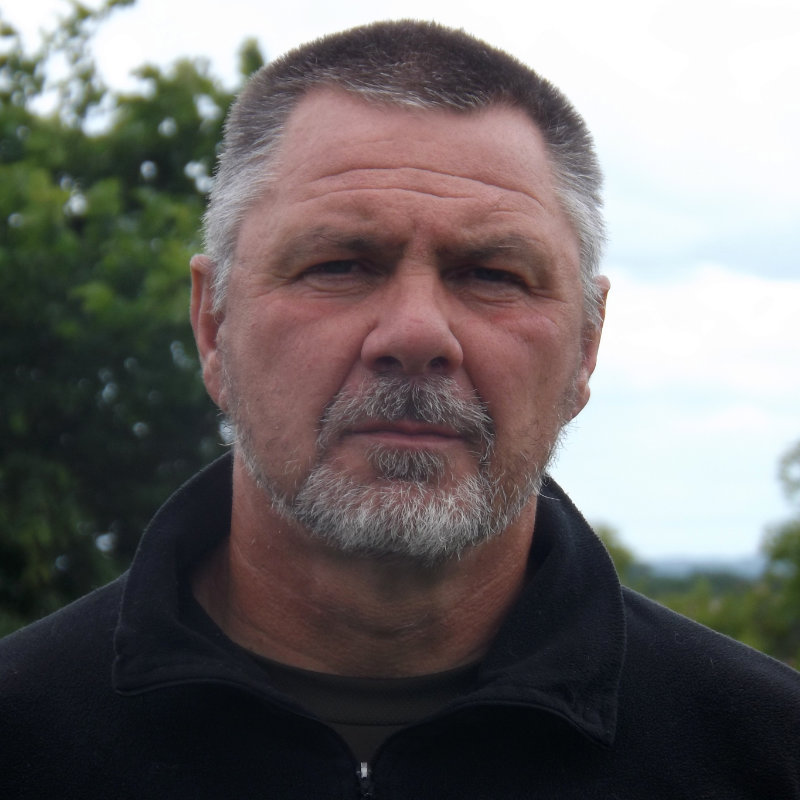 John Fitzpatrick, or Fitz as he is known is a former RAF Warrant Officer, who began his dog training career in 1981 as an RAF Police handler and retired in 2013 as the Senior Instructor, Canine Training Squadron (Canine) at the Defence Animal Centre, responsible for all canine instruction delivered to all UK military personnel and MOD personnel. He was head of the Young Military Working Dog Development project.

In the course of a Service career spanning 35 years, Fitz has been involved in the training of Military Working Dogs of all Police, Protection and Detection disciplines, as well as the design and delivery of a 3 year project to develop young military working dogs from the age of 8 weeks until licencing, a project which achieved a success rate of well over 90%.

Additionally, Fitz served for many years in the RAF Police Special investigations Branch (SIB) including the role of the Headquarters Warrant Officer and Head of the Major Crime Team 2010-2011, providing an excellent level of expertise in interviewing, evidence gathering and the presentation of evidence in court.

Fitz is the head trainer at, Cosford Dog Training, which he established in 2001 and is a director of Skylarks Animal Management Ltd.

Cosford Dog Training encompasses Basic puppy and dog training, which runs KCGDS courses from Puppy Foundation to Gold standard and Behaviour Modification field, which deals with all aspects of problem canine behaviour.
At a higher level dogs are trained to compete in Working Trials.

Skylarks Animal Management Ltd is a company specialising in Canine, Equine and Alpaca management and training, for sale, media projects and in the case of dogs, specialist detection projects, including research and environmental projects.

In addition to numerous military Canine, Instructional and Coaching qualifications Fitz was the first, (and to date, the only) in service, RAF Police handler to achieve the Foundation Degree in Canine Behaviour and Training awarded by Hull University.

He was awarded a Certificate in Post Compulsory Education by the University of Wolverhampton.

His career achievements in Leadership and Management have been recognised with the award of Membership of the City and Guilds Institute (MCGI), an award equating to a Master’s Degree on the national scale.

Fitz has been a Member of the British Institute of Professional Dog Trainers since 2008.

He is currently a trainer and examiner for the BIPDT Security Division level 1 and 2 qualifications and has been a member of the BIPDT board examining potential trainers and examiners.

He has held the appointment of General Secretary of the British Police & Services Canine Association (BPSCA) since 2013.