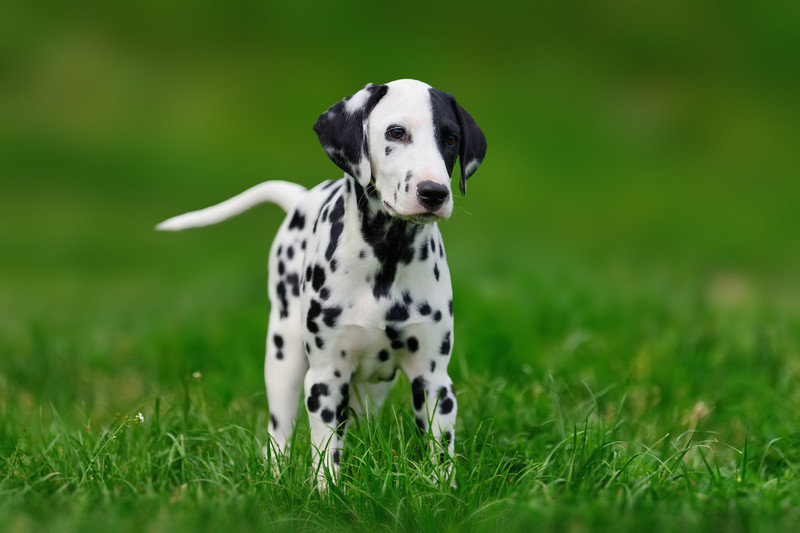 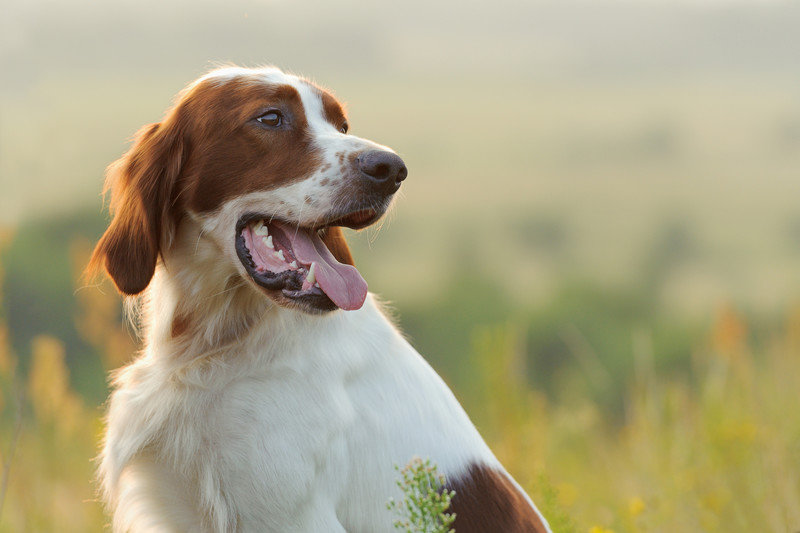 There are several dog breeds carrying a genetic pre-disposition to deafness. Sound-signalling and voice-instruction communication are redundant for them. Deafness means that other primary senses – smell, touch, taste and sight – become enhanced and more significant for a different approach to training.

Talk to the Hand
Those dog breeds known to be carrying a defective gene for deafness are in gundogs primarily, especially the English Setter, in livestock control breeds or pastoral and working dog groups, such as the Australian cattle dog and shepherd, boxer, border, rough and smooth collies and Old English sheepdog. In the terrier group it is in the English bull and miniature bull and finally, in the miniature poodle.

Owners with a dog that is partially or completely deaf from an early puppy stage will usually adapt to a situation when sound becomes irrelevant for communication. Dog and owner become conditioned to ‘sign language’ or touch in order to find a practical way around the disadvantage. As is common with humans who have some sort of sensory disadvantage, other senses become heightened to compensate. In the case of many of the working breeds, they appear to settle when they come to recognise visual cues, which is perfectly understandable when an innate skill that comes from centuries of selective-breeding for livestock-control is taken into consideration. Think of a farmer waving a stick guiding a dog for clockwise or anticlockwise for come by and away and then hand signals can start to be fun. It is when a dog, without the ability to hear dangerous sounds or listen to verbal instructions, is presenting unwanted behaviours that deafness can become a disadvantage.

Good Vibrations
Some of my earliest cases of behavioural issues relating to hearing-impaired dogs involved English bull terriers. In one household two bitches were triggered into aggression when the hearing dog of the two reacted to unusual sounds and began barking. The increasing noise-sensitivity had reached the phobic stage where hyperactivity and tail chasing in a dog OCD-like condition caused the dog without hearing to panic, resulting in inter-specific aggression. Both dogs were strongly attached to the client and owner separation related issues, including destructiveness, inappropriate urination and repetitive barking, were also being presented during absence. It soon became clear that both dogs were easily aroused and when over-stimulated, fight or flight adrenaline was causing a range of progressive stress related conditions.

One of the first products I introduced to clients as a useful tool for communicating with the deaf dog was a remote-controlled vibrating collar known as the Pet Pager. In circumstances where visual contact had been obscured or lost altogether, such as during an off-lead walk when the dog enters dense vegetation, the collar could be used as an owner contact reminder. The collar would be initially used around the home and with close contact where a food treat would be offered for attention and recall to an owner’s side. Sessions arranged around the home would eventually condition the dog to the vibration and reward. This system worked successfully in promoting positive contact, but at first it was not clear if the system could be used to interrupt the initial hyperactivity that would eventually progress to an aggression episode.

The hearing dog was trained (conditioned) to the clicker (reward) and training discs (removal of reward) over a week in separate sessions; the latter was successfully used to signal a required cessation of barking. Once the dog stopped vocalising, the clicker was sounded to reward the result. It was important that the owner did not shout or physically interrupt the early stage of the mode of behaviour, because this dramatic attention was reinforcing other fixative behaviours such as tail chasing. The dogs were also encouraged to sleep and rest in separate travel crates to help reduce a cycle of reinforcement between them. The vibrating collar was used to attract the deaf dog’s attention. The offer of a food reward to come away from the hearing dog (when hyperactive behaviour commenced) was successful in preventing the behaviour from escalating into any form of aggression. Other methods to reduce noise sensitivity contributed to the successful reduction in unwanted behaviour.

A Sign of the Times
When a deaf dog shares a home with a dog that enjoys normal hearing it is usually the case that training challenges are overcome through a ‘learning and following’ process. When retrieval games are introduced the hearing dog often provides the competition in which both dogs try to out compete each other for the prize of a retrieval toy. These games can be useful for introducing hand signals into basic training. Bringing a hand flat to chest when a dog is approaching can be conditioned and then used for the ‘come’ signal. Game over is hands brought in a horizontal movement together and then quickly spread out away from each other in a swift sideways movement.

Owen, a young Border collie who is deaf, has cat bells attached to his collar so that if he vanishes into the undergrowth the sound informs Rachel, his owner, where he is. Another idea introduced by Rachel is a bandana on which “I am a deaf dog” is written, that informs other dog walkers instantly the reason Owen may not react to voice interaction. Rachel has chosen not to inform her parents that Owen is deaf in a fun experiment to see when or if they ever realise he has an issue. In a recent episode, her mother shouted ‘off’ at the top of her voice and Rachel, almost cracking with laughter, then advised her to gently put the dog on the floor. Rachel has also taught Owen to touch-target her hand in a single training session. Her hearing dog is learning many new games and tricks using this method and her hope is that it will help to mentally stimulate him.

Information Box – Case File on ‘Owen’
‘Owen’ is a smooth-coated border collie, born on a working farm near Swansea on 14th February 2010. He was kept back from the litter to train as a working sheep dog. At approx 13 weeks old the farmer realised that Owen was deaf and rather than drown or shoot him he took the dog to Bridgend (South Wales) Dog’s Trust. Owen is currently an entire male. The Dog’s Trust provided a neutering voucher and they insisted that he must not be castrated sooner than 14th Aug 2010 or later than 14 Sep 2010. The Dog’s Trust also micro-chipped Owen and arranged 4 weeks free PetPlan Insurance cover and a 15 kg bag of Arden Grange ‘kibble’.

In the final part, Dr David Sands discusses the practical pros and cons to owning Owen ‘the deaf dog’ and how Rachel is coming to terms with various aspects of his development and training.

This article has been reproduced with the kind permission of Colin Tennant for the CFBA, the CIDBT and their students of Animal Behaviour