Some Dog Law disputes issues:
Your neighbour’s dog barks all day and causes a nuisance.
Your neighbour’s dog escapes from his garden property and damages your garden.
Dogs which someone allows their dogs to roam free in your area.
You want a dog owner to keep a muzzle on her dogs.
Dog aggression to people in public places.
Dog aggression to other dogs in public places.
Dogs which bark and cause neighbour disputes.
Dogs which may have attacked domestic pets or farm animals.
People who threaten your dog or are nasty to you regarding your pet dog.
Ownership care and welfare disputes between partners.
Child/dog assessments tests and safety issues.
Why do I need to know about dog law?

UK Laws Relating to Dogs Animal Welfare Act 2006
The Animal Welfare Act introduced on April 6th 2007 received Royal Assent in 2006. From April 2007, the Act will repeal the Protection of Animals Act 1911 and the Abandonment of Animals Act 1960. The new Act increases and introduces new penalties to tackle acts of cruelty, neglect, mutilation, tail docking, animal fighting and the giving of pets as prizes. In addition to this it will introduce a duty of care for all pet owners to provide for their animals a suitable environment, a suitable diet, the ability to exhibit normal behaviour patterns, protection from pain, suffering, injury and disease and consideration of the animal’s needs to be housed with, or apart from, other animals.

The Clean Neighbourhoods and Environment Act 2005
Under this Act, you could be fined up to £1,000 for breaching dog control orders. Local authorities can make orders for standard offences including: failing to remove dog faeces, not keeping a dog on a lead, not putting and keeping a dog on a lead when directed to do so, permitting a dog to enter land from which dogs are excluded and taking more than a specified number of dogs on to land.

The Clean Neighbourhoods and Environment Act also updates the law on stray dogs by transferring the responsibility for strays from the police to the local authorities. However this section of the Act has not yet come into force. It is highly recommended that your dog is microchipped and registered with Petlog, the largest pet reunification scheme in the UK, as this can prove extremely effective in locating a lost pet. The Petlog Premium service can even alert local vets and dog wardens when an owner reports where their pet was lost. This can be done by telephone, SMS text message or via the Petlog website. Contact Petlog on 0870 606 6751 or visit www.petlog.org.uk to find out more. If you lose your dog, you should stay in regular contact with the local council, Petlog, vets, dog shelters and the police, and put up posters in the area where you lost it. Doglost should also be advised.

If you want to retain the dog, this might be allowed, provided you are capable of looking after the dog and agree to keep it for at least 28 days. However, the original owner could still have a claim for the dog’s return.

Byelaws on noisy animals
If your dog’s barking causes a serious nuisance to neighbours, the local authority can serve a noise abatement notice, which if unheeded can result in you paying fines and legal expenses.

Breeding and Sale of Dogs (Welfare) Act 1999
Breeders who breed four or more litters per year must be licensed by their local authority. Breeders with fewer litters must also be licensed if they are carrying out a business of breeding dogs for sale.

The Control of Dogs Order 1992
This mandates that any dog in a public place must wear a collar with the name and address (including postcode) of the owner engraved or written on it, or engraved on a tag. Your telephone number is optional (but advisable).

Dangerous Dogs Act 1991 (section 3)
It is a criminal offence (for the owner and/or the person in charge of the dog) to allow a dog to be ‘dangerously out of control’ in a public place, a place where it is not permitted to be, and some other areas. A ‘dangerously out of control’ dog can be defined as a dog that has injured someone or a dog that a person has grounds for reasonable apprehension that it may do so.

Something as simple as your dog chasing, barking at or jumping up at a person or child could lead to a complaint, so ensure that your dog is under control at all times.

If your dog injures a person, it may be seized by the police and your penalty may include a prison sentence and/or a ban on keeping dogs. There is also an automatic presumption that your dog will be destroyed (unless you can persuade the court that it is not a danger to the public, in which case it may be subject to a control order). You may also have to pay a fine, compensation and costs.

The Road Traffic Act 1988
It is an offence to have a dog on a designated road without it being held on a lead. Local authorities may have similar bye-laws covering public areas. Dogs travelling in vehicles should not be a nuisance or in any way distract the driver during a journey.

Animals Act 1971
You could be liable for damage caused by your dog under this Act or under some degree of negligence. It is highly advisable to have third party liability insurance to cover this, something that is included in most pet and some household insurance policies.

Anyone boarding animals as a business (even at home) needs to be licensed by the local authority.

Your dog must not worry (chase or attack) livestock (cattle, sheep, goats, pigs, horses and poultry) on agricultural land, so keep your dog on a lead around livestock. If your dog worries livestock, the farmer has the right to stop your dog (even by shooting your dog in certain circumstances).

Dogs Act 1871
It is a civil offence if a dog is dangerous (to people or animals) and not kept under proper control (generally regarded as not on a lead nor muzzled). This law can apply wherever the incident happened. The dog can be subject to a control or a destruction order and you may have to pay costs.

The DDA has been strengthened, in summary the new changes are:

Additional Notes on Dogs and the law
There are many facets to dog law in the United Kingdom (UK) Scotland & Northern Ireland, having their own laws in this respect, as does England and Wales. It is not surprising that many people do not know or understand the intricacies of dog law in this country, as there are many dog related and other aspects of laws which can be criminal offences and others that come under Civil laws that can affect dog owners and ownership of dogs.

With the introduction of the Anti-Social Behaviour Crime & Policing Act (ASBCP) 2014, which received royal accent on 13th march 2014, now affects:-

The main law which has a huge impact on dog ownership which is:- 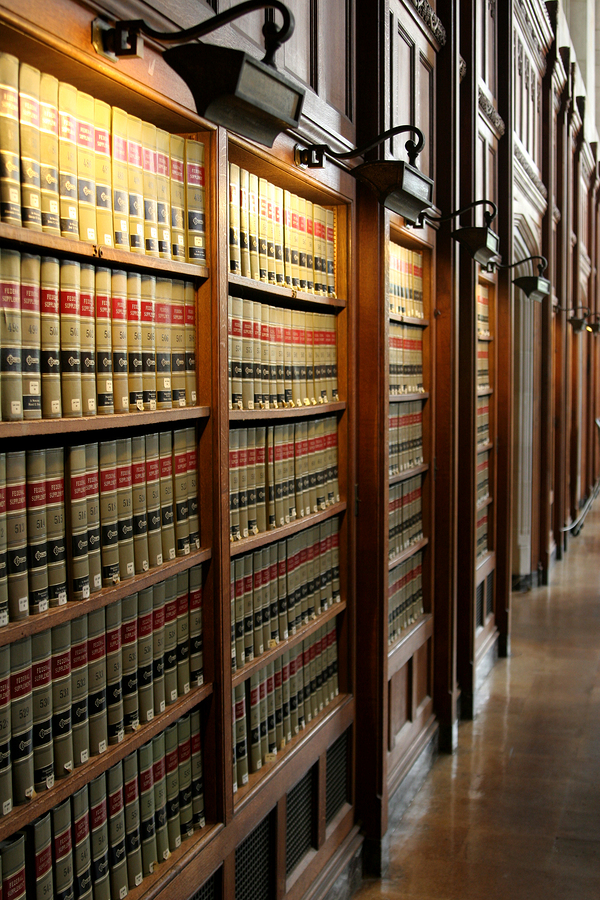 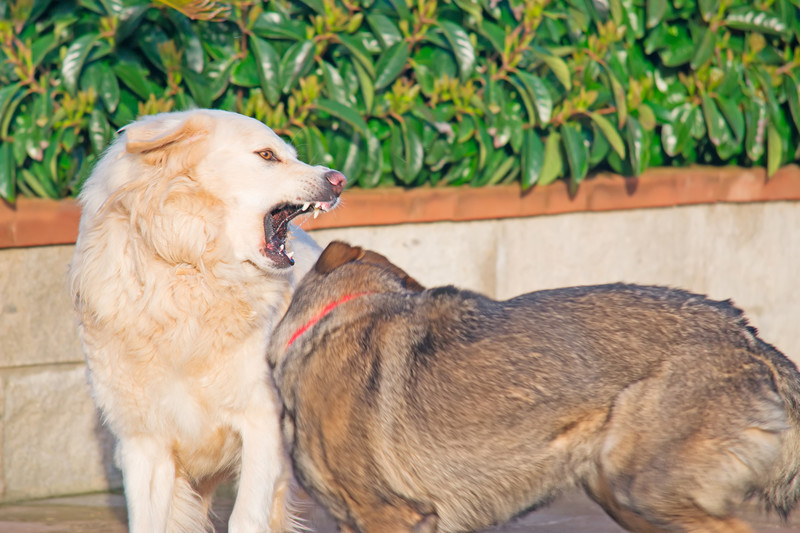 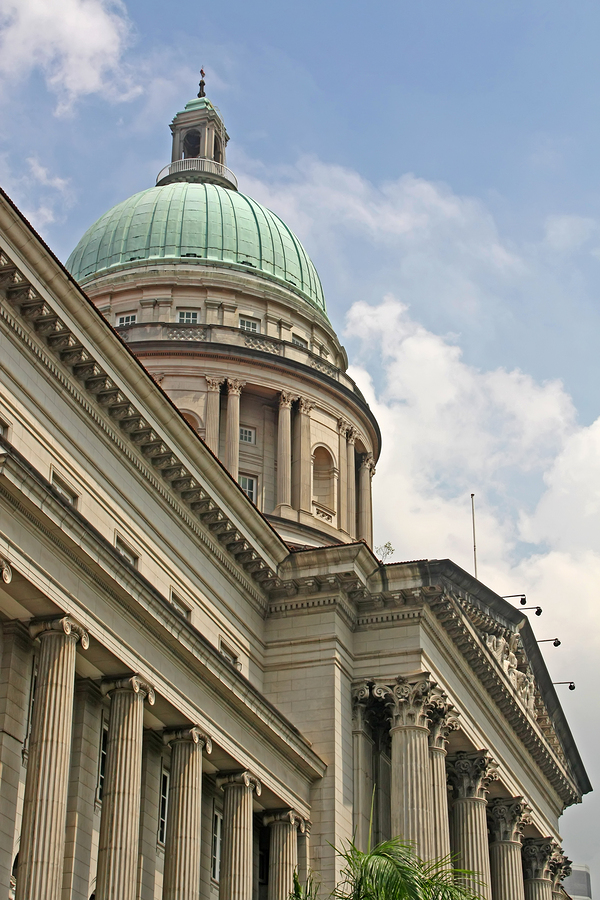 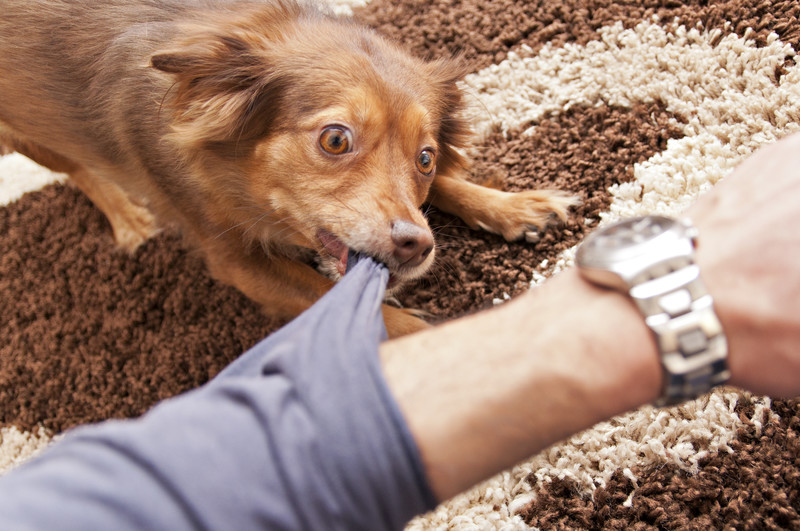 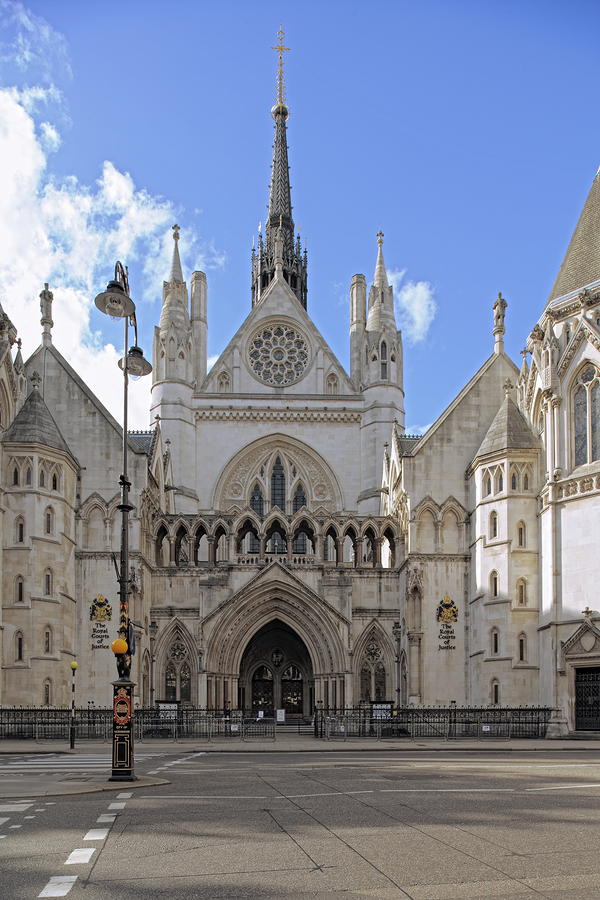 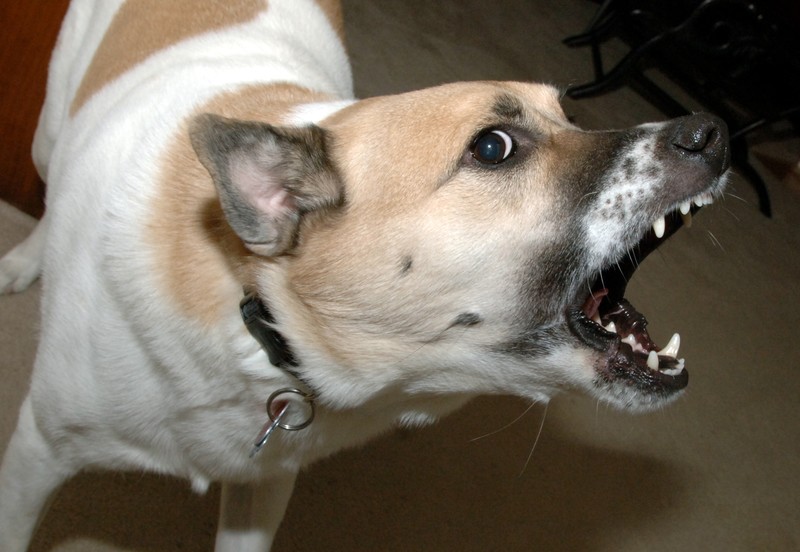 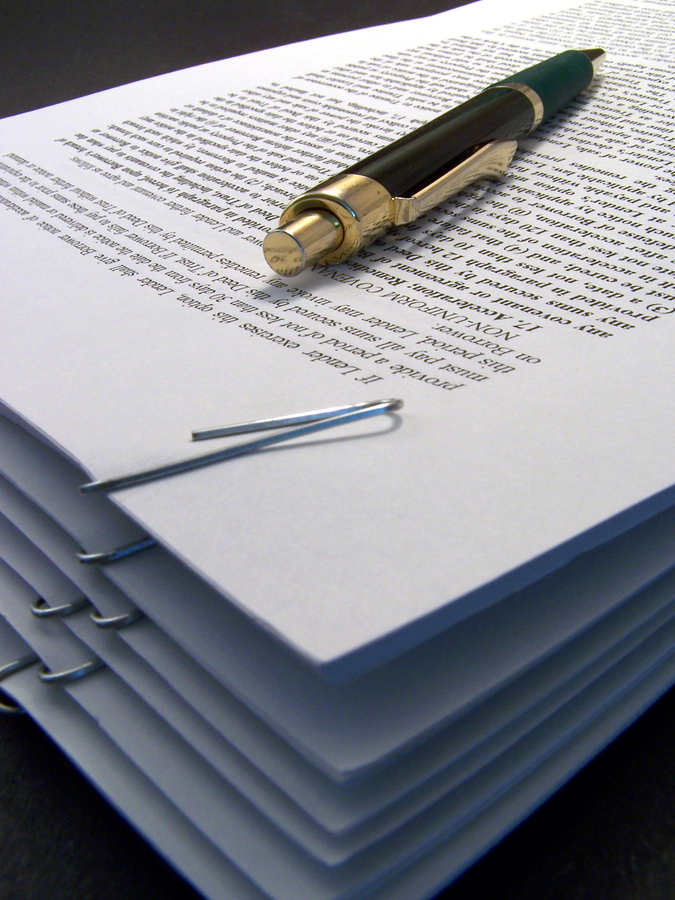 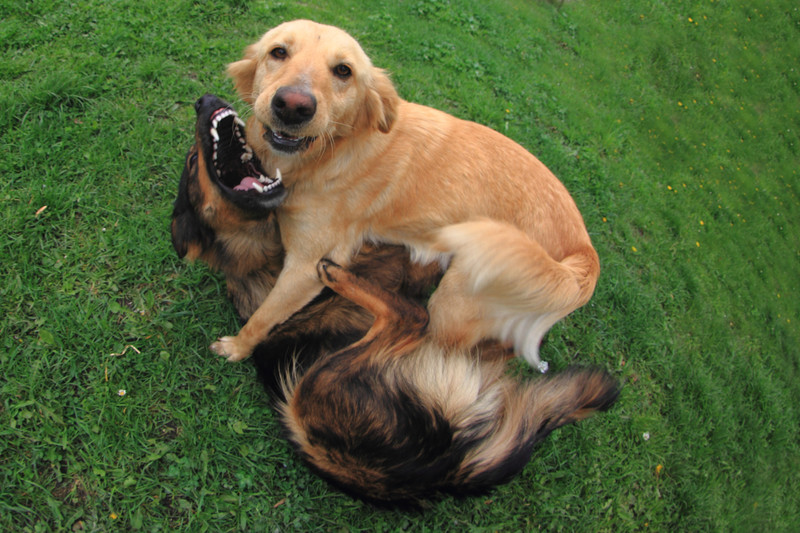 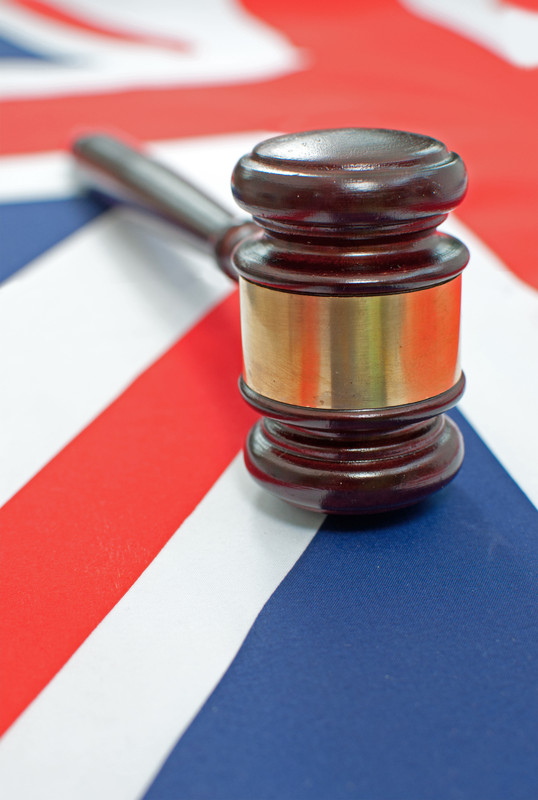 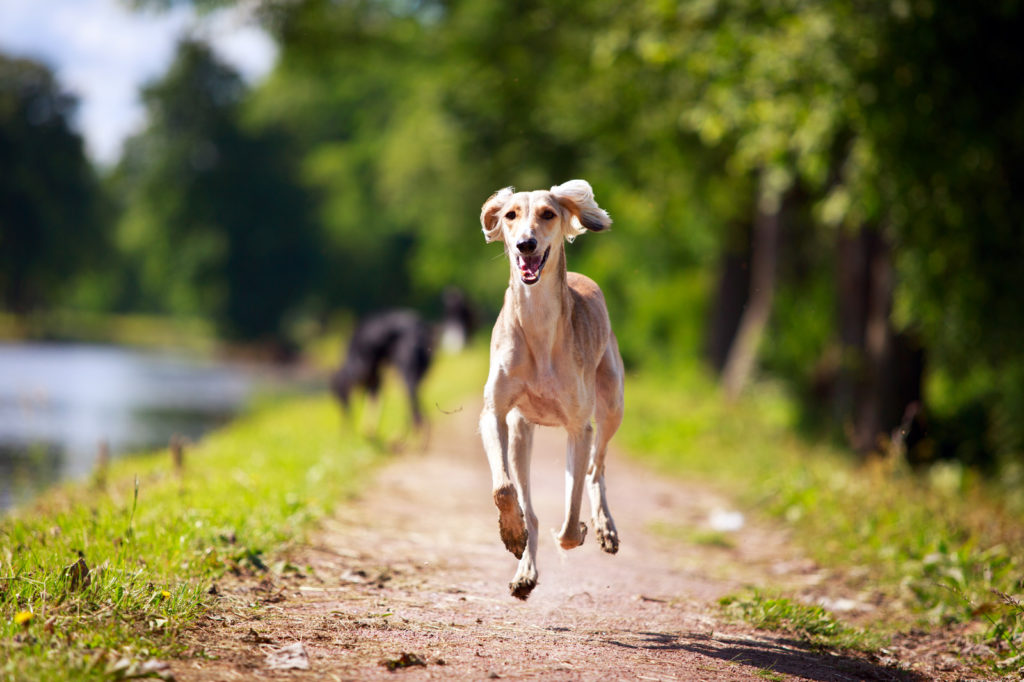