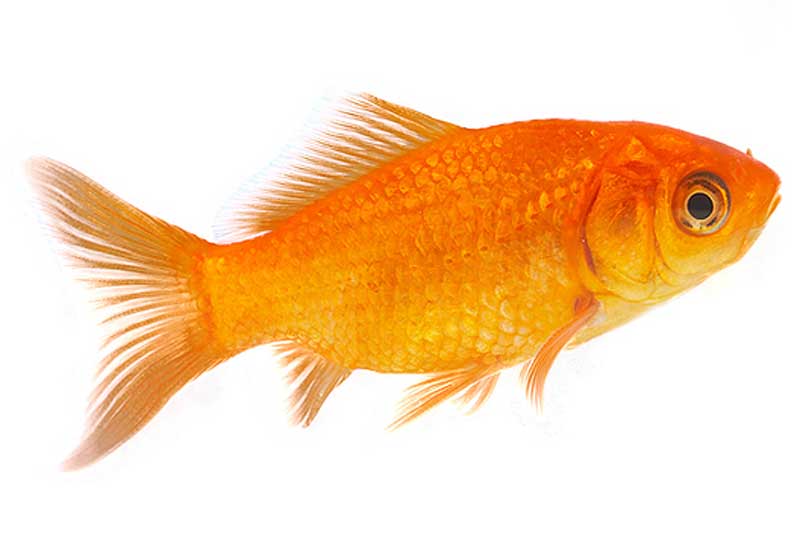 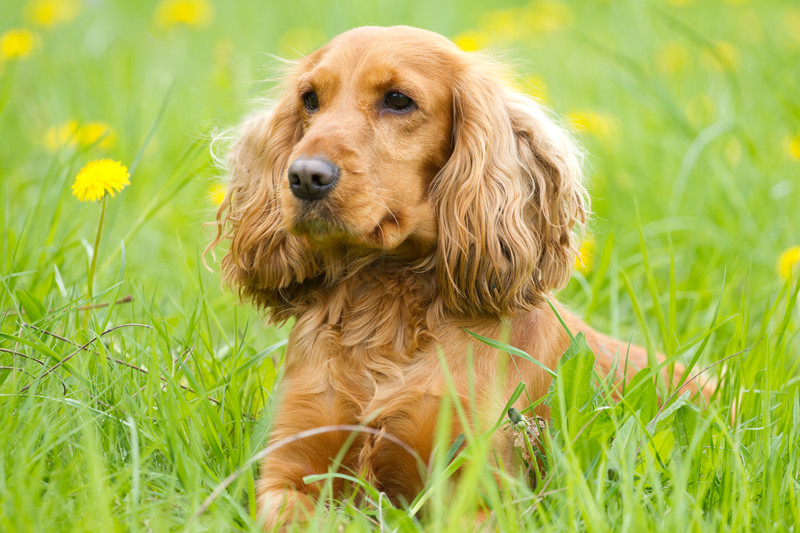 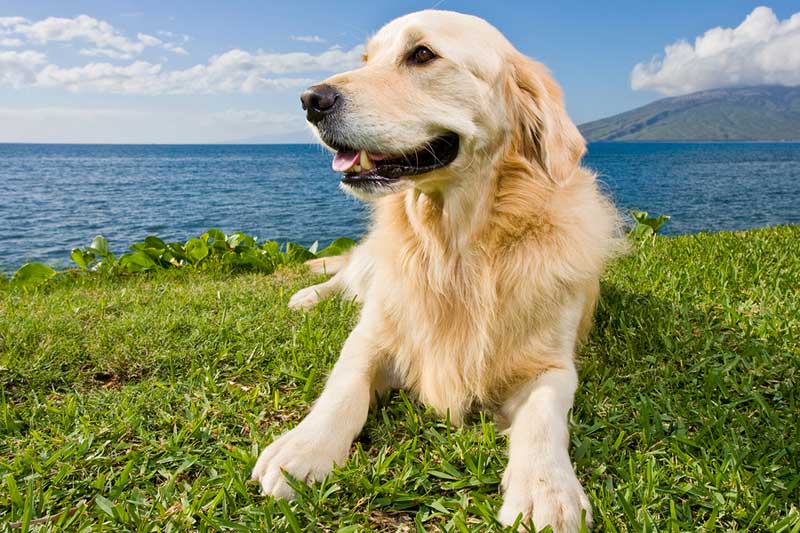 Monday morning at nine am, I received a frantic phone call from a lady with a ten week old Cocker Spaniel Puppy who was biting her, pulling her trousers and attacking her whilst out on walks in the park, the dog was terrorising the family and “we need to see you today” demanded the woman. There was nothing unusual about the problem or her frantic manner on the telephone, but unbeknown to me at the time, this would evolve in to a most bizarre and unusual case.

Janet arrived at the centre for her consultation with her little Cocker Spaniel, Mango, who was jumping about in the car. Janet lives in Oxfordshire and so travelled in excess of one hour to see me. Mango led the way into the consulting room and as one would expect from a puppy, he loved the experience; meeting the people and the dogs, jumping around excitedly and grabbing toys to play with. Janet was not quite so excited at the prospect, I felt.

We sat together drinking coffee and I began to question Janet about the problems that she was encountering with Mango; of course, prior to her arrival I had a list of possible causes and problems in my mind and asked her specific questions to enable me to assess the problem.

She began her tale and informed me of little Mango’s reign of terror from the age of seven weeks and continued her story of the last three weeks with this puppy, there was no stopping her. She is an experienced dog owner, by her description, but had never encountered such a calculating, manipulative, difficult and downright aggressive dog. In short, she was quite exhausted with her daily interactions and confrontations with Mango – all 2.7 kgs of him!

This problem was most difficult to diagnose due to the inconsistency of Janet’s description. She had firmly made up her mind that this was ‘Cocker Rage’ and that Mango was a time bomb waiting to explode. After spending two hours in consultation with her, I did not believe that this aggression was idiopathic or ‘rage syndrome’ and felt that although the dog was confident and perhaps could be described as ‘dominant’ this problem was little more than rough play biting.

I gave her my advice and off she went with little Mango still excited about life; Janet was a little more positive too and almost managed a smile as she left. I telephoned Janet three days later and she proclaimed life was fantastic; there had been no further aggression towards her or her husband.

After two weeks, as I had requested, Janet telephoned me to advise me of her progress. Life was somewhat less fantastic now and Mango had begun to become aggressive and unmanageable again.

The following day Janet arrived at the centre for a second assessment in company with Mango and her husband Derek. I quizzed them both on their consistency in implementing my advice. There were numerous inconsistencies and neither Derek nor Janet could agree on, well, anything, although the problem had improved. There had been no aggression or the like for almost two weeks, the dog had become even more calculating and began jumping on the sofa to terrorise them – by now all 4.1 kgs of him.

Of course, if they had been following my advice properly the dog would not be jumping on the sofa in the first place. Mango had also started attacking Derek and Janet when out on walks. So off we went for a walk. No attack took place and Derek and Janet were amazed at my skill in preventing such a traumatic attack – I was more amazed at the owners’ behaviour than that of the dog – both owners displayed fear of Mango by jumping in the air or huddling together when approached by him – one of those occasions when a smile unwittingly creeps over your face!

I again reiterated my initial advice, proffered some further techniques, which I demonstrated and arranged for them to come to a training course with the dog the following day for a little consistency and for me to observe the owners in greater depth – this whole problem just did not fit. They had to drive for over an hour again to attend the class, but they were willing to do this.

I began the lesson at 10am, but Janet had not arrived so I began without her assuming that the distance may have deterred them. At 10.20 in walked Janet, Derek and Mango. Janet did look rather stressed, Mango looked as excited as ever and Derek just did as he was told by Janet. The explanation for lateness was that it had taken fifteen minutes to wrestle with the dog to attach the lead. Derek had been summoned for back-up and to aid with the 4.1 kg monster. The other dog owners, with their Rottweilers, German Shepherds and Akitas watched in amazement as Janet and Derek conveyed Mango across the room together, taking care not to put themselves in a position of risk – one of those occasions again when the smiles creep in, this time by the other nine people on the course.

The morning passed with no attacks and the obedience was excellent – particularly that of Derek who did a sit stay on Janet’s command of over an hour!

The following week, Janet arrived on her own with Mango, how brave I thought – things must be improving. Again the day passed without incident although Mango had been on an apparent hate campaign all week. At the end of the training session, Janet asked for some advice on how to handle Mango around the house. She was unable to get into the kitchen or certainly unable to get out of the kitchen unscathed. Mango would grab her and ruin her tights. I began to offer her information and advice on managing this problem – until I heard what I was saying. I had been lead into a discussion about walking through a kitchen using a lead for restraint on a tiny puppy. I stopped myself and discussed that this dog was possibly not compatible with her experience or lifestyle. She agreed and went off with her expensive puppy to try a little harder.

I felt quite disheartened. On my numerous encounters and tests with this cute puppy, I had never seen any aggressive attacks or any sign of one. I began to think that the longer Mango was in the care of Janet, the less chance we had of creating a normal tempered adult dog.

Two days later, I arrived at the office and my associate had just taken a call from Janet. The dog had savagely attacked her in the park on the previous day. She was so traumatised and the attack was so aggressive that she tried to call the police to assist until Mango knocked the mobile telephone out of her hand. She had spoken to the vet and he had informed her without seeing the dog that it was idiopathic aggression and an appointment had been booked to euthanise the dog that morning.

Thankfully, my colleague stepped in, spoke to the vet and arranged for Janet to drop Mango off at the centre for further testing and assessment.

Janet brought Mango in with a couple of old blankets and his food bowls. I asked to see the bites. I expected Janet to start rolling up her trouser leg to reveal the damage, but instead she began to unbutton her cardigan. The dog had bitten her arm right from the top down to her wrist – how bizarre – one would assume that a dog standing no higher than ten inches from the ground would be unable to grab her arm. Janet’s forearm was covered in scratches – much the same as one would have after pruning a rose bush. How this had occurred, to me is a mystery. The dog clearly had not made these marks in one lunge and so Janet must have kept her arm in the same place whilst being bitten. I had given up hope of finding the ‘missing link’ in this puzzling relationship and now focused on little Mango.

I took the dog home for seven days to asses and record the behaviour displayed to prepare the relevant reports before suggesting an outcome of returning the dog to Janet, re-homing the dog or euthanasing the dog.

The observations went well. There was a very mild display of aggression in conjunction with much mouthing and play biting over the first day. This was dealt with promptly and little Mango became a loving addition to the household and after seven days, he was taken to his new home. He has settled in well and his obedience training is coming along nicely with his new owners. He loves his interaction with their two children and the other dog in their home. The new owners were previously clients of mine; they have worked hard with their other dog to reform his behaviour. Mango’s new owners will train him for working trials in the future and he now has a fabulous lifestyle.

Janet is currently looking to obtain a Golden Retriever and try her luck with that – I did suggest that a goldfish maybe more suitable, but my advice (again) was not followed. I spotted Janet out walking three weeks ago with not one, but two Golden Retriever puppies – frying Pan and fire spring to mind, I’ll await her call