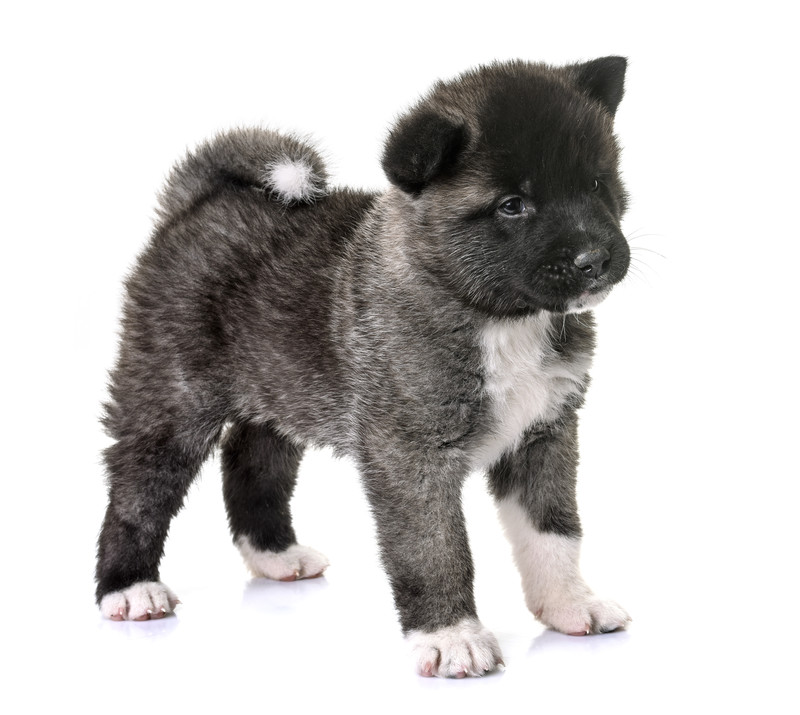 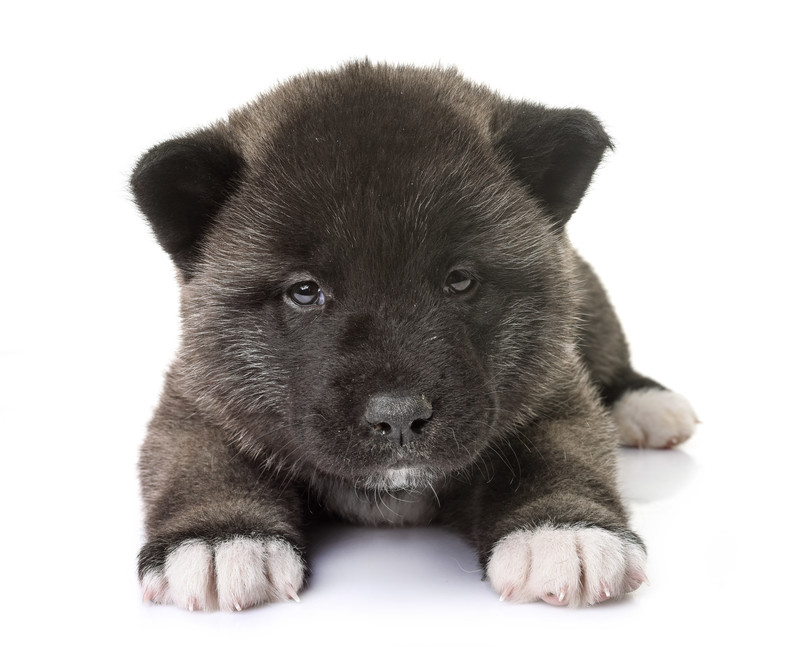 Carl Cooper telephoned me with regard to booking a dog training class with his four-month-old Akita, Billy. I informed him that a suitable course was due to start the following week and that he was welcome to attend. He reacted in a somewhat surprised manner that I had suggested that he attend and said that he had been told that dog training should not start until at least six months of age by Billy’s breeder. Moreover, he was informed by the dog’s breeder that Billy should not be exercised until at least ten months of age and that due to the breed’s attitude to other dogs, it probably would be best if the dog was always kept on the lead.

It took me a good thirty minutes to convince him on the telephone that this was not the case. I of course understand that one cannot take a young puppy for endless walks and free running, but surely with all of the information on dog behaviour available, it is common knowledge the dog must be exposed to all environmental stimuli at a very young age. He came to see me the following day for a consultation regarding what he should be doing to create a normal tempered dog. Carl had put a good deal of effort into researching the breed, read many books on them and ensured that it was the right time in his life to get such a dog. He was very much looking forward to having a loyal and obedient pet. He had been extremely responsible from the outset, but seemed to encounter much conflicting information from a variety of sources. Carl came along to a training course with Billy – which was his first excursion from the home.

Billy, typical of his breed, was most confident with people and although he had never met another dog, he was very ‘in your face’ with all of the other dogs at the training centre. Some of them bared their teeth and snapped at him, as is normal when a puppy is jumping all over them relentlessly, however, he reacted not with deference, but with a challenge.

Over the weeks, Billy did learn some dog etiquette taught by the other dogs and also learnt a recall and distance control exercises so that Carl could keep control when out in the park.

Billy is now eighteen months of age and runs off lead in public parks where he enjoys playing with dogs; most of the time when he reacts with aggression, he will respond to obedience commands and come away from the other dog. Billy is not antagonistic with any other dogs, but is full on in his desire to dominate the other dogs he meets.

It does seem strange that Carl was given such advice from his breeder and from his internet research. I am glad that we were able to provide sufficient socialisation with other dogs, even if it was rather later (and harder work) than it should have been. People who live in remote locations with dogs ensconced in kennels all day, every day simply should not be giving this outrageous advice to people who live in the city or towns and have to negotiate many, many dogs on a daily basis in busy parks. Why is this advice being proffered when keeping a dog in isolation for the first year of its life would clearly destroy its temperament and ensure that Carl had a miserable time exercising the dog for the next ten or so years or worse that Billy became another dog dumped in a rescue home or needlessly destroyed?

Another Akita owner that I am working with at the moment was given the same advice. Ming, an eighteen-month-old Akita bitch was brought to the centre for advice with regard to aggression to dogs. Ming had never been released from the lead due to advice from a training class, she had never been allowed to even sniff another dog and the owners encountered nothing, but bad advice and a negative response to their dog. Ming is now having to learn the language of her own kind gradually and is coming along very well, playing with many different dogs. She plays each week with my young German Shepherd, but her full on, boisterous and clumsy play leaves him quite exhausted (normally he can play all day!). With dogs that she meets in the park, she often creates a negative response (particularly bitches) due to her not fully understanding or having perfected her own dog language. Her behaviour is at present offensive to other dogs and when they react with aggression, she responds with no idea that her gauche and lumbering greeting has caused the problem. I strongly believe that if Ming had been allowed to play and mix from eight weeks of age, she would have a super temperament with other dogs now, but instead we are having to work very hard to give her positive interactions with other dogs and allow her access to some dogs to perfect her communication and language skills and use obedience to control her negative behaviours. Ming is improving greatly, but it will be a long road still to travel.

It seems so strange that the people one approaches for advice and help with a dog give such nonsensical information. Large breed dogs particularly seem to encounter negative reactions from people with regard to socialisation and allowing for correct temperament formation. The accurate periods for socialisation and habituation are well documented, yet still people are being informed that dogs exercise should be limited – clearly it should, but that is not to say that the dog cannot be given large amounts of daily socialisation and sensible training. For those of us who own dogs in the real word – particularly the large breeds – training and socialisation are essential.

It would appear that some breeders are aware of inherited traits and drives, such as the Akita’s dominance with other dogs and feel that these dogs should be kept on a lead for life. That is not just impractical, but grossly unfair on the dog. New owners need advice on training and socialisation, particularly where the dog is a large breed and have innate behaviours that cause most people in society a problem.

Another of my present clients has a four-year-old English Bull Terrier, Pacha, who had a penchant for grabbing other dogs by the ears and she is being socialised with suitably selected dogs at the moment. Her breeder sold the dog at sixteen weeks of age and so upon completion of the vaccination course, Pacha was about five and a half months before she met another dog. After a couple of altercations in the park, her owner began avoiding other dogs as is commonplace for people who have difficulty with their pets and over time Pacha’s aggression to dogs has become far worse. Pacha has been reported to the police three times and her unfortunate, but doting owner now has the unenviable task of correcting a problem that is by no means her fault.

For those of you reading this magazine with a view to purchasing a puppy, regardless of breed, inherited characteristics or growth rates, your new dog has to be obtained no later than eight weeks of age and immediately has to get out and see life in order to have the best chance of normal temperament development; to encounter all of those environmental stimulus that we expect our adult dogs to cope with. This of course will include vehicular traffic, various people, other dogs, horses, livestock and the like. Many dog breeds should not have a large amount of exercise as they are growing, but sitting on a park bench, carrying the dog about town and attending training classes can all be embarked upon immediately.

Each week in my consulting room, I meet people that all tell me a similar story about their dogs upbringing; a story of too little, too late and then we go down the long road of behaviour reformation – don’t let your new puppy be one of our statistics!

This article has been reproduced with the kind permission of Ross McCarthy originally published in Dogs Monthly for the CFBA, the CIDBT and their students of Dog Behaviour & Training