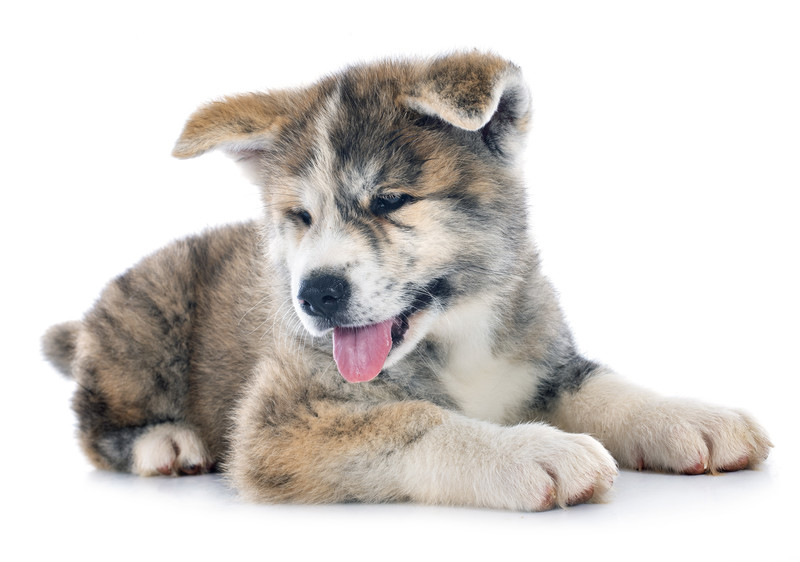 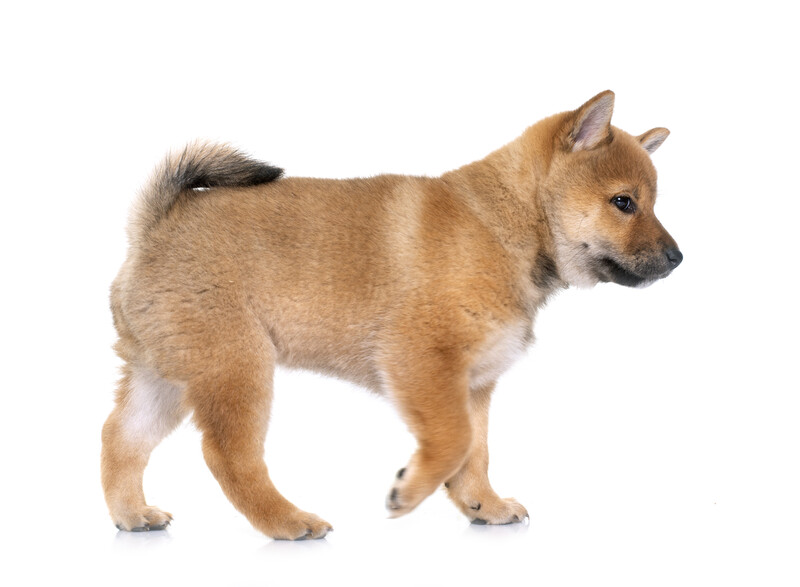 Obviously when one works with people to alter dog behaviour problems, the human aspect is often the greater part. A high percentage of problems that I deal with in dogs would never be seen if that dog lived in another environment. I have had more than a few cases recently that present me with so many questions about people, relationships, love for our dog chums and moreover, how perhaps our irrational beliefs lead to dog behaviour problems and family arguments.

Mike and Sheila Constantine arrived at the centre with their young male Akita, Spirit. Spirit was ten months of age and quite a size. The problems that they were experiencing were plenty, but the main reason for their visit was Spirit’s unpredictable aggression towards Mike. Spirit growled at Mike on a regular basis from puppy-hood over certain triggers like food or touch. The growling recently moved on and Mike was bitten on the lower arm badly and required stitches. Mike understandably now was frightened of Spirit.

Sheila had never been growled at and I immediately detected that her view of the problem was not as solemn as Mike’s take on it. We discussed the problem in great depth along with the probable cause. I then went on to working through the problem and reiterated my concerns about the serious nature of the problem. Mike was willing to do what it took to keep the dog with them and was all ears when I began imparting my advice. Sheila however understood that Mike would be frightened, but could see no link in the problem to her behaviour and why she should become involved. The dog was not aggressive to her and so she felt this was Mike’s problem, although Spirit was frequently aggressive towards people in the street and Sheila had quite a job controlling him due to his size. I continued to impart my advice to one keen listener and to one who was looking at her watch most of the time – clearly she had more important things to tend to.

I sent out my report that same day, ensuring it was in plain English and put my advice across in a frank manner. Mike enrolled on a training course with Spirit and Sheila came along too – she obviously felt that a dog training venue was the perfect place to file her nails and send some text messages! I was somewhat disappointed that the Constantines were not progressing with Spirit as I had hoped. Mike constantly approached me at the course and asked for more help with solving the problem and getting Sheila to follow the initial advice.

Sheila was apparently still quite unconcerned about Spirit’s antagonistic behaviour towards Mike and seemed to take delight in telling friends and family about Spirit’s latest aggressive attack on Mike. I have spoken to Sheila about her attitude to the dog and the problem advising that unless we get a satisfactory result I do not believe that it would be tenable to keep the dog. Sheila then went on to blame Mike and informed me that he was not doing anything that I had suggested.

I then arranged a second meeting with the couple at the centre to discuss the problem. However, this was more like a relationship counselling session rather than a dog behaviour consultation. It was most apparent that Sheila enjoyed the power over Mike that Spirit affords her. Mike had been badly bitten by Spirit on his arm and required hospital treatment a few days before our meeting, which did alter Sheila’s attitude to the problem and the couple set about working together to alter Spirit’s aggressive behaviour.

However, two weeks after our consultation, Sheila moved out of the family home and is now living in Spain. Mike and Spirit are still living in London and are doing very well. Spirit has just passed his KC Gold Good Citizen Dog Test and Mike was exceptionally pleased – he no longer has any aggression from Spirit and the two coexist very happily.

I always find it extraordinary that some people prioritise their dog over their partners and family members. I understand, maybe better than most, the close attachment that people form with their pets, but to place them above your partner’s safety and well-being seems odd. However, it does seem rather more odd that one would accept their partner prioritising the dog over them!
We all may jest on occasion that a dog is easier to live with than our other half’ they make less demands, never argue, always pleased to see us, etc., but they are jokes, right? Perhaps not always!

Sally came to see me last week with a similar problem to Mike and Sheila. Her Belgian shepherd, Malik was biting her husband on a regular basis also. Clearly from our initial discussions, Sally wore the trousers in her household and took no messing from Roger or the kids – the dog ran her a merry dance, but no one else would get away with it!

Roger was a sweet, innocuous man who looked tired and rather apathetic, whilst his bullish wife went on about how Roger must have done something to create this problem and how he is not very good with dogs and how that is probably the crux of this whole biting thing. Roger sat gazing tentatively out of the window, whilst his wife went about his character assassination. The more we spoke, the more the insults directed at Roger flew out. He did not respond, but again looked at the same tree through the window each time Sally informed me of another defect in his personality.

I spoke to Roger and asked Sally to be quiet until I informed her that she could join in the conversation again – Roger smiled at me half-halfheartedly – he was pleased that I had put my foot down, but knew that he would face the consequences of my actions later. Roger was frightened of the dog, felt that he was dangerous and was concerned about the safety of their children.

When Sally was asked to rejoin the conversation, she blurted out that this dog would not be put down, end of story. We were not discussing anything to do with euthanasia, but obviously she had a little time to think whilst she was not dominating the conversation. I informed her that although this was not a part of my advice today, if we do not obtain a very satisfactory result in a short time, then for the safety of Roger and moreover the children, it may be a realistic outcome later. Sally’s retort was that Roger would go long before the dog. I smiled and made a joke along the same lines, but Sally’s face remained serious and Roger looked at that tree again. Sally was sure that Malik was staying, whether Roger went was not an issue.

I am aware that in domestic disputes, people often unfairly use the children as ammunition to hurt and to get one over on their partner, but it would seem that the dog does just fine as a substitute. Of course, the added psychological power of a dog’s aggression over a male partner is not a new phenomenon – but a recurring one. Humans are as manipulative as ever and the dogs are just the piggy or puppy in the middle.

Ross McCarthy This article has been reproduced with the kind permission of Ross McCarthy originally published in Dogs Monthly for the CFBA, the CIDBT, and their students of Dog Behaviour & Training

the doctor wrote an order for 8.5 ml of tylenol.