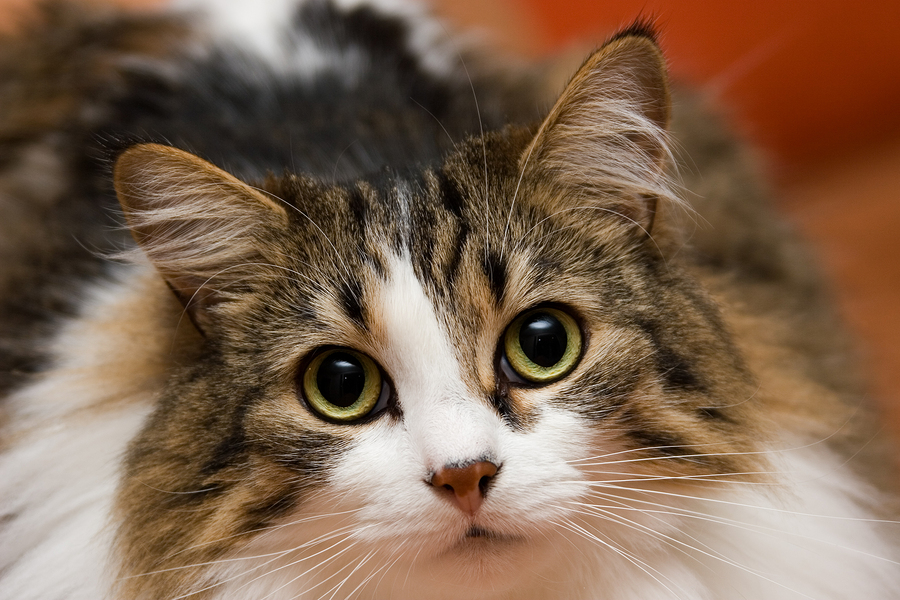 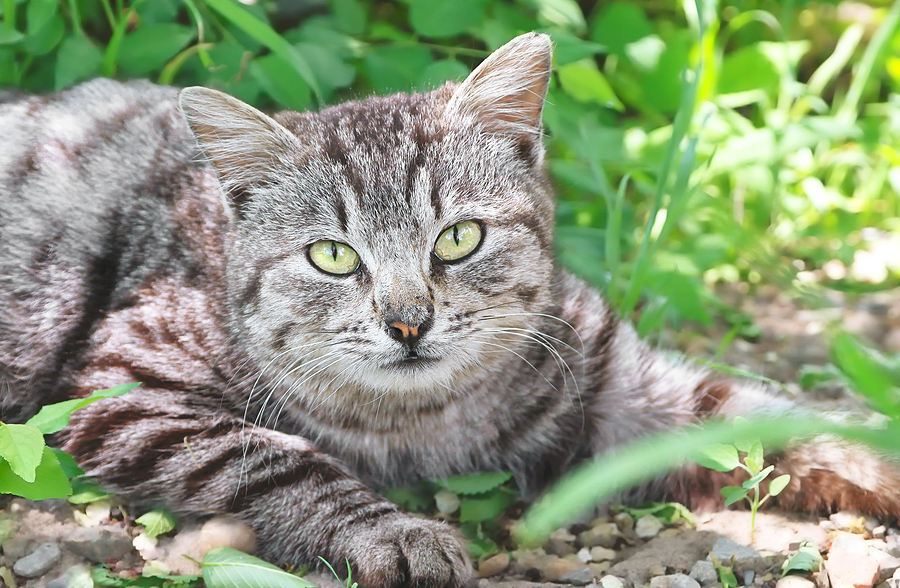 Spoiled sofas and boxing gloves
Helping owners with cat behaviour problems is very new to us, indeed new to Northern Ireland. Heather Siribor and me were unsure what sort of problems we would encounter. Our work in cat rescue and welfare brings us into daily contact with cats given up for re-homing. The reasons owners give for parting with their cats are varied, but there are two common issues: Not using the litter tray and aggressive or timid cats. The poor cats do not fit the criteria their owners have for a family pet and are needlessly given up for adoption. These are the cats (and owners) we want to help in our work as Behaviour Practitioners and these two issues being the most common we come across.

When Ian and his wife got in touch they were at their wits end. The young couple had a one-year-old tabby female cat called Tilly. During the initial phone call Ian told us that the problem was with Tilly’s toileting; although she had a litter tray she had taken to using the settee as a toilet. It had got so bad that the item of furniture was being steam cleaned every day. The problem was causing friction with the couple and Tilly was on the verge of being re-homed. She had become a nervous cat who was wary of visitors to the house; previously she was a sociable friendly cat.

The young cat had also destroyed the legs of a coffee table in the living room, so Ian and Joanne turned to their vet for help. A urine sample was taken and any urinary infection was quickly ruled out; the problem was indeed behavioural. So they contacted Heather and myself for help. A home consultation was decided on as the first step, so we arrived to meet Tilly and her family.

We were able to glean valuable information about Tilly’s history. She had come to Ian and Joanne as a little rescue kitten aged only six weeks. For the first six months she was there Ian was not working and had been at home with her all day. She was a house cat who enjoyed little trips into the back garden, asking to be let out via the back door. After a quick wander around outside she would ask to come indoors again and the back door would be opened for her. When Ian began full time work Tilly was at home alone all day, quite a change for her. Around the same time a visiting cat appeared in the garden from time to time. Ian told us the new cat had even got into their kitchen when the back door was open. Tilly was having difficulty with the intruder and now when she went out she would not explore, she just hid under the oil tank.

The settee was in an open plan living room/kitchen area and the problem was so bad that the couple no longer sat on the settee, but left the cushions on it stacked sideways to try and deter Tilly from urinating on it. We could see that the large kitchen window and glass paned back door offered a visiting cat a clear view of poor Tilly’s litter tray. Her tray was a large open tray near the back door. This was the point of access to the garden and also where the new cat had come in. The visitor also spent a lot of time on the couple’s kitchen windowsill.

Tilly was feeling vulnerable and exposed at that most private moment for cats and was too stressed to use her tray in that area at all. She was slipping round the corner to the settee, which was hidden from view from the kitchen window and door. We asked Ian how they reacted to the mistakes, what they did when Tilly urinated on the sofa cushions and it turned out that he often shouted at Tilly or put her out of the room. This is a big no-no for any animal. He was advised to totally ignore Tilly when she did this and that disciplining his cat would seriously damage the bond he had with her, adding to the problem. We also observed that Tilly had no toys, scratch posts or climbing frames. Stimulation and hiding places are vital to a cat spending most of their time indoors. All this was contributing to the problem of scratching the furniture.

Ian and Joanne were asked to relocate Tilly’s tray, to an upstairs room. We recommended that she be kept out of the living room for a while and that a blind or curtain be put up on both the window and the door. We felt Tilly would benefit from a hooded litter tray, a few scratch posts and a climbing frame with different levels. A Feliway diffuser was placed in the living room near the sofa. This would help Tilly feel calmer in an area previously under threat from the observer on the windowsill.

Two weeks later and Tilly was a much happier, relaxed little cat. She had been using her tray without any problem and was back to her usual friendly little self. She still didn’t want to go out much, but the new curtains had stopped the intimidation from the visitor outside. Ian and Joanne had their sofa back again too!

Inappropriate toileting is the most common problem we are contacted about by far, especially in homes with more than one cat. It is distressing for the owners, to the point that the cat is often on the verge of being taken to a shelter for re-homing. We were delighted this was not Tilly’s fate and she is still a cherished member of the family.

Another common problem we come across in multi cat homes is aggression between the cats. When Gail contacted us for help she was very distressed. She had two cats. Tiger is a large 3-year-old male and Marble is a little 8-month-old female. Gail felt that Tiger was terrorising little Marble, chasing and attacking her, causing her to spend most of her time hiding away from him. Quite often play between cats is seen as aggression, but in this case Marble really was being victimised and bullied. When we asked about how the new arrival had been introduced to Tiger we learnt that Marble had been brought straight into the home, set down in front of Tiger and the pair were left to get on with it. The problems caused by incorrect introductions are something we come across frequently. Tiger had the new arrival thrust in his face, deposited right into his territory and he was expected to be fine with it all! We realised that both cats needed to be separated straight away. Gail was asked to set up a secure area for Marble in a room with her litter tray, food and bed. Tiger was not to be allowed into the room. We were basically going to reintroduce the pair, as if Marble had just arrived. Tiger was going to need help to feel secure and not threatened in his territory by the younger cat.

For the first week, while Marble was separate, Tiger was made a real fuss of, had lots of new games and treats and began to settle. As his aggression had also led him to bite Gail, we were pleased to hear that by the second week Tiger was much more relaxed, playful and had not bitten Gail since Marble was secluded. This second week was also the time to begin short supervised introductions. Play and games were used to distract Tiger if he started to get angry and gradually the two cats began to share a common interest – toys! We suggested that Marble’s safe area should stay set up as a refuge for her and that the introductions be increased gradually. By the third week the cats had free access to each other. It continues to be a gradual process and Tiger still has his moments. We helped Gail understand how important Tiger’s territory was to him, especially as he is an indoor cat and how the dynamics of the pair works. Marble is now a lot more confident, is able to cope with Tiger better and is not such a fearful cat.

New cats always need to be introduced gradually; if not, there can be all sorts of behavioural problems. Gail was fortunate that Tiger had not begun to spray around the house, because this is what usually happens; if a new cat is not integrated gradually over time, the problems caused can damage the relationship between the cats and they will probably never be best buddies. Owners often expect miracles from their cats, but a thorough understanding of how the cats see their own territory and how important it is to them should help anyone thinking of bringing home a new cat or kitten.