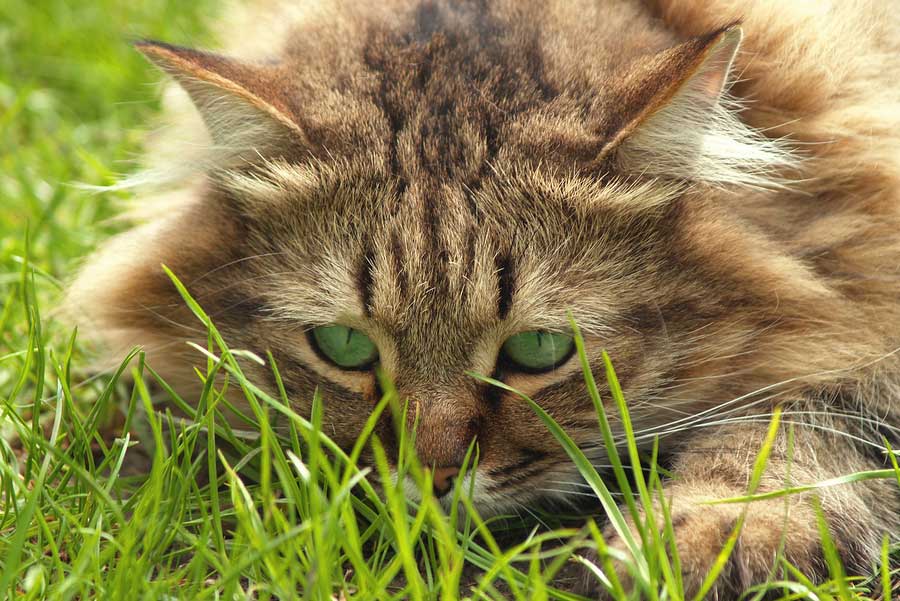 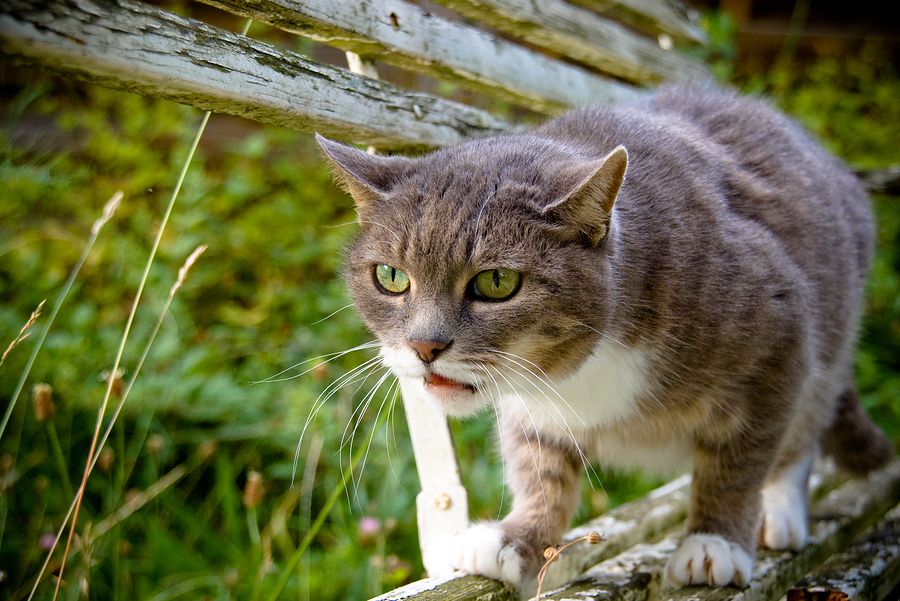 Cats Behaving Badly!
Cats are the pets we love to love, but only when they allow it. So what kind of relationship do we have with our cats and why do they at times drive their owners mad? What sorts of problems do cats bring compared with dogs? You can at least tell a dog to sit, come or teach him a set of rules, because he truly is a group animal – in other words designed to live with a family; cats, conversely, are natural born loners and do not take kindly to being treated like a dog. Shouting or forcing a cat to do something provokes an adverse reaction, if you really get uptight with a cat it may simply pack its bags and be off, gone, end of relationship. Dogs mistreated will still hang about and take the good with the bad, not unlike some people.

Cat Videos
Colin has made seven educational videos on cats, which are presented by Roger Tabor. Cats still challenge their wishful thinking when the camera rolled on the latest video BREAKING BAD HABITS FOR CATS. Unlike Colin’s dog educational videos, filming cats was much more difficult, a favourite joke by John Bowe the camera man was “point the camera at any cat and a big bum is the view I get as the cat disappears from sight; dogs can’t wait to be a star, slobbering down the camera lens. “Film me“ they yelp, while cats can’t stand the attention from the unfamiliar. Crew patience is important for success. Colin Tennant, the director and producer of Cats On Film videos series, describes the mischief that our pet moggies get up to whilst he filmed the series.

Terrible Twins
Colin’s own cats, River and Meadow, were certainly candidates for mischief – they starred in the video as the terrible twins. When they were kittens one of Meadow’s bad behaviours was chasing River about the kitchen surfaces and in so doing knocked off a brand new Cappuccino machine damaging it badly. Colin was not impressed, so began to make the kitchen surface a disagreeable area for the cats’ adventures. He left small ashtrays filled with several mothballs or orange peel on the surfaces; oranges and mothballs smelt disgusting to the cats. On day one Meadow leapt onto the counter only to be met by the foul smells; she leapt back down to ground level and both cats soon found more pleasant playgrounds for their gymnastics.

Dagger Claws
Marcie, a Burmese cat, often scratched its owner Charles when he tried to tickle its tummy. The claws would immediately embed into his hand and Charles would naturally pull his hand away, because the pain was intense and he shouted at Marcie thereby exacerbating the confrontation. Any form of aggression to a cat damages its confidence.

Colin’s advice to Charles was to keep his hand still even though it would hurt initially – hurt being the understatement – Colin wisely did not offer a free demonstration, he does not necessarily lead by example where cats’ claws are involved! By Charles keeping his hand motionless, the cat became less stimulated by the touch on the belly, Charles then had to gently move his hand, this seemed to provoke less counter reaction than scratching. In time Marcie became less agitated and benign and could be stroked.

My House Keep out
Cats fighting. Cats by nature are solitary creatures. Tiger, a big male, tabby did not like the new arrival of Snowy, a 5 month old kitten, that had been rescued by Tiger’s owner Andrea. She tried in vain to get the cats to like each other, but as so often is the case, war broke out. Tiger relentlessly attacked Snowy at every opportunity. Colin advised Andrea to purchase a small indoor cage for Snowy and allow the cats to meet in safety. Snowy was placed in the cage when Tiger, the established cat, was present. Tiger eventually approached the cheeky Snowy through the bars and in time got used to his scent; over a period of a few more weeks Tiger began to accept Snowy on his territory. Some cats, however, will never accept a new friend and that is why some will leave home.

Bedroom Wildlife
Getting up in the morning to find a plethora of dead voles, rats and mice strewn about your bedroom floor is a sight to open wide those sleepy eyes. Maureen’s cat, Ginger, often left decapitated rodents for her inspection. Maureen is phobic about such animals and getting from the bed to the door was a skip and jump with the odd scream. Even worse – and Colin has experienced this with his own cats – is live animals brought in, which subsequently are released by cats and they then race around the living room with a cat in full pursuit. How can I stop this she asked?

Cats are hunters and their wild side is part of being a normal cat. Ginger was simply bringing back the night’s food shopping in the same way as Maureen does from Tesco’s, only Ginger’s is less packaged and sometimes alive. If a live animal is brought in, use a wellington to catch it, place it beside the wall where the animal is scooting along, the cat or you can get the animal to move and the dark hole of the boot will appear to be an escape. When the prey runs in, hold the top shut and release the lucky creature in the garden. A cardboard cereal box or long bag will also work. As for stopping them well that’s not really possible unless you keep the cat in during the night; this can be achieved by feeding in early evening and then securing the cat flap. Many people believe cats devastate the local bird populations, but this is untrue. Cats have little effect on any of the garden species except in keeping the healthy birds on their toes.

My Cat Hates Me
Sheba, a rescue moggie, was brought home by Linda as a gesture of kindness. Linda is convinced that Sheba hates her and all humans; she feels that whenever she wants to cuddle Sheba she has to chase and catch her. Sheba then cannot wait to get away from her fawning owner. Colin deals with these types of cats and knows that as with dogs, if the initial socialisation as a kitten or puppy normally between 3 and 8 weeks is not managed well the result can be a cat that is not habituated to humans. Advice: Linda should now alter the cat’s entire routine, manipulate Sheba’s feeding, encourage Sheba to work for tit bits of her meal, trail the food bowl to say a low chair and as Sheba follows hungrily Linda can offer Sheba small amounts from one hand, whilst her other hand gently strokes her back. Sheba will, over several weeks, associate food time with touch and become less fearful. In time the tit bit can be placed on Linda’s lap and hopefully Sheba will leap up to receive the reward. The cat will now be following and seeking out Linda. In conclusion, never pursue any unfriendly cat for cuddles, because it only re-enforces the fear. I hope that this new video will help many cat owners not only stop bad behaviour, but help understand the cat.