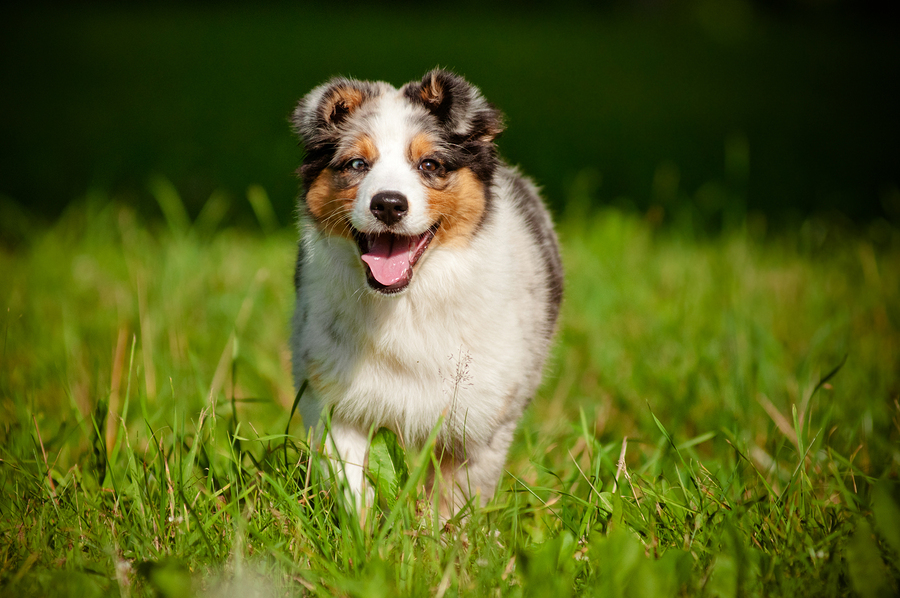 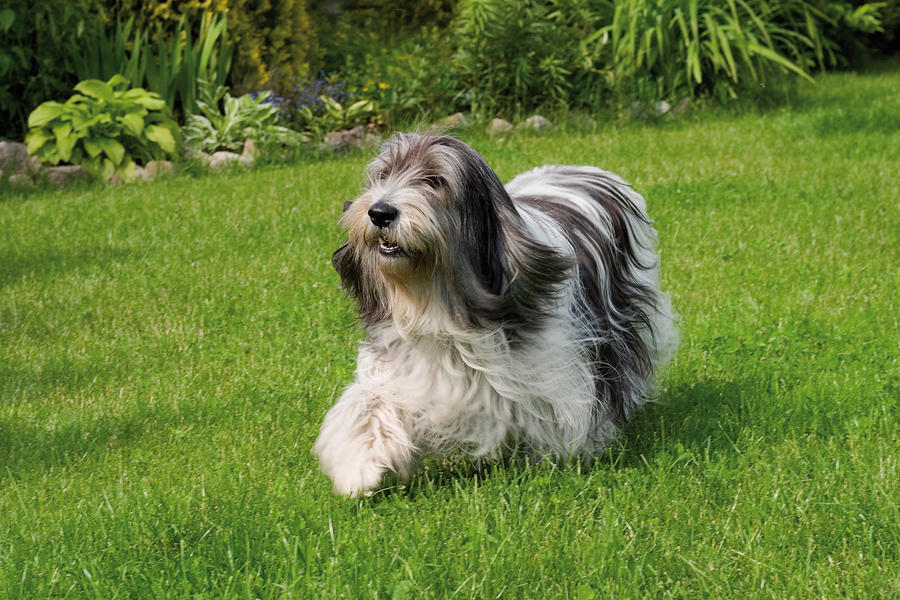 I came across an article last week written by the DogsTrust entitled DOG BEHAVIOUR PROBLEMS – why they do it and what can you do ? As I started to read it I thought to myself “hey this is quite good” and then, as I got towards the bottom of the first page I thought “hmmm, maybe it’s not, best go and get a pen”, so I did and I started making notes in the margin… by the time I got to page 6 I was incensed enough to put fingers to keyboard.

The article is based on research carried out over a period of 6 months on 19 neutered males… all neutered and all males, not a great cross-section of the dog population of Great Britain. The DogsTrust factsheet follows on from this research and if people were to follow the advice within it, to use the DogsTrust generalised terminology, “a lot” of dogs bad behaviour would deteriorate.

The author uses emotive words that will set “some” pet dog owners on a guilt trip, feeling they need to provide more and more, including another dog, for their dogs to be balanced. Their dogs should be allowed to eat as much as it likes, do whatever it wants, when it wants and to its own satisfaction, oh and did I mention it should sleep on your bed with you ? This is, by the way, in direct opposition to a study carried out by the University of Cordoba on 711 dogs, of which 92.54% were intact with an almost 50-50 split on gender.

The factsheet tries to discredit behaviourists that are approaching dog behaviour and training from a common sense perspective, stating that any kind of dominance reduction programme is detrimental to the wellbeing of the dog but haven’t stated any facts or figures to back up their assertions. It should be noted at this point, that this factsheet was on a study that doesn’t have any real facts or figures either but relies on words like ‘perhaps’ and ‘may’ instead.

In an ideal world I’d be able to go through the article step by step, line by line and point by point as I did while eating lunch in the garden while my two dogs relaxed in the shade – actually according to the DogsTrust this is tantamount to torture as to eat in front of your dog “is quite punishing and will only frustrate him and encourage him to beg”. I hasten to add that neither of my dogs did beg for food, indeed, they were both so frustrated that they’d fallen asleep.

So what were the main points about this article that incensed me as a dog behaviour practitioner ?

Now this is all very well and is the basis for a lot of behaviour modification, confusing I know, but it’s something you not only have to learn as a behaviourist, but how to apply it effectively to facilitate learning, however, what I take exception to is the DogsTrust stating that punishment and negative reinforcement are bad and that we should only ever use positive reinforcement.

Right, let’s just take a quick reality check before I get to the finale on this section.

We were sitting in the garden this afternoon and my Goldie decided he wanted to dig in my flower bed – I didn’t want him to so I said “Angus, No” (negative punishment as I took away something nice, in this instance digging; positive punishment because I said in a stern’ish voice “no”), he stopped doing it so I gave him a big smile (remember dogs are conditioned from puppies that good things normally follow a smile), he trotted over and got a neck scratch (positive reinforcement).

This is the kind of interaction dog owners have on a daily basis and the words they use to reinforce their house rules. Remember also that when you recall your dog you are using both negative punishment and positive reinforcement…Let’s cut the jargon shall we ? when you recall your dog you’re stopping him from ‘doing his own thing’ and praising him for coming…. praise, reward, neck massage, back scratch, smile, sweetie – all positive reinforcement!

Can we and should we only use “positive reinforcement” (aka reward)? Well according to the DogsTrust yes “simply because it can’t do any harm”. Turn the page, however, and the DogsTrust contradicts itself and you get a reasonably accurate picture as to why rewards only are detrimental to your dogs behaviour: “But..!” says the DogsTrust “something we do have to be aware of when using positive reinforcement and rewards in training…… when the rewards are not given quickly enough or when the treats/attention stops at the end of a session, this can lead to massive frustration for the dog and potentially aggressive behaviour towards the owner .”

Here the DogsTrust have got it absolutely correct. Of all of the aggressive dogs that I’ve seen, the majority of the ones that have turned their aggression towards their owner are the ones that have had no consequences for their actions and have only had ‘positive reinforcement’. The owners thought it was the ‘right’ way to go, rather than say no to their dog they bribed them into stopping the behaviour momentarily, in effect rewarding them for bad behaviour. You don’t need me to tell you how quickly it escalated – the equivalent of a ‘terrible twos tantrum’ but with sharp pointy teeth.

And secondly, the factsheet goes to great pains to denigrate dominance, the concept of leaders and leadership / dominance reduction programmes, saying that Resource Holding Potential (RHP) is what applies instead. Although the factsheet states “which we will touch upon later” it never actually does, so I went directly to the journal that the factsheet uses to get its information from, to find out what RHP is.

The first reference to RHP is “ Parker’s Resource Holding Potential (RHP) appears to be less useful when applied to domestic dogs than to other species” (and yet the DogsTrust state it is relevant) and in basic terms means ‘ is the dog prepared to die for the resource or not’ , if it is the dog will try to control the resource and if it’s not then the dog will walk away. Now compare that to the Collins dictionary definition of dominant; “having control, authority or influence”. Is there a difference ? The journal states that the behaviour is resource based but then so is dominance… to quote William Shakespeare “ O, be some other name! What’s in a name? that which we call a rose By any other name would smell as sweet”.

Part of the problem with the use of the word “dominant” or “dominance” is that we, the lay people, tend to think of dominant/ce as defined by the dictionary as laid out above, however, “among ethologists , dominance is normally defined as ‘an attribute of the pattern of repeated, agonistic interactions between two individuals, characterized by a consistent outcome in favour of the same dyad member and a default yielding response of its opponent rather than escalation’” in other words they have changed the definition of the word and then complain when we get it wrong according to the ethology definition but right by the dictionary.

Modern leadership programmes that behaviourists recommend are based on common sense, although once more the factsheet tries to discredit and belittle techniques used by stating things like “ Dominance Reduction Programmes are detrimental to a dog’s well-being” although they can’t substantiate it with facts and figures. Just like the study by the University of Bristol, the DogsTrust are generalising rather than using examples and results; for a scientific study having to rely on words like ‘many’ and ‘perhaps’ shows that there’s no real substance behind it, unlike the study completed recently on “Factors linked to territorial aggression in dogs” where, not on only are facts and figures used throughout, the study was carried out 711 dogs of various breeds, mixed and purebred, whereas you don’t get to find out what breed the 19 neutered DogsTrust dogs were.

Due to the lack of hard facts I can only surmise that the study and factsheet have been created to the furtherance of an end other than purely scientific. The collaboration between the two organisations seems to be designed to portray the domestic dog as a complex, self-aware creature that can regulate its own behaviour in an interspecies environment.

At the end of the day, leadership programmes, rank reduction programmes and dominance reduction programmes are just a set of house rules to make life easier in a mixed species household. Dogs need rules and they need the rules to be applied consistently and with the introduction of the Dangerous Dogs Act in 1991 we, as owners, have a legal obligation to ensure that our dogs are under our control.

As reported in the much more comprehensive and factual study carried out by Perez-Guisado and Munoz-Serrano of the University of Cordoba, using a sample of 711 dogs (354 males and 357 females of which 594 were purebred and 117 mixed breed) significant factors that contribute to territorial aggression in the dog are; lack of punishment from the owner when required, lack of basic training and spoiling the dog, and, in direct opposition to the Bristol study, one of the insignificant factors relating to the dogs bad behaviour was having more than one dog.