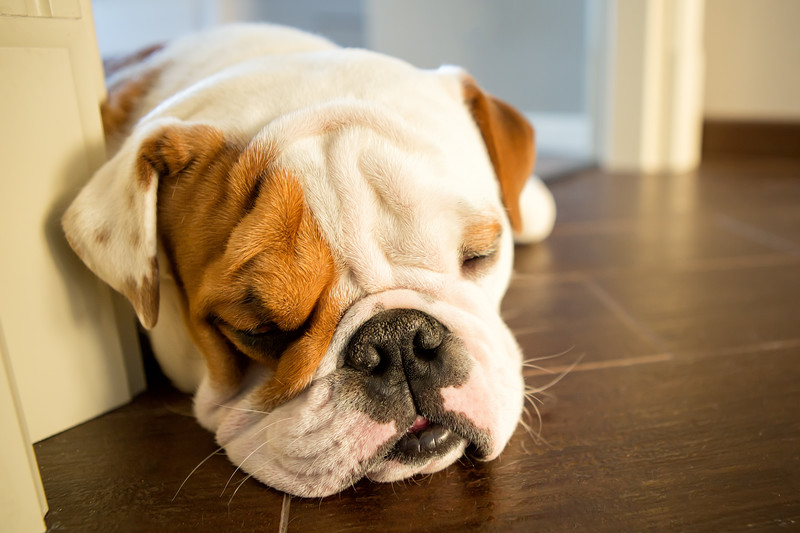 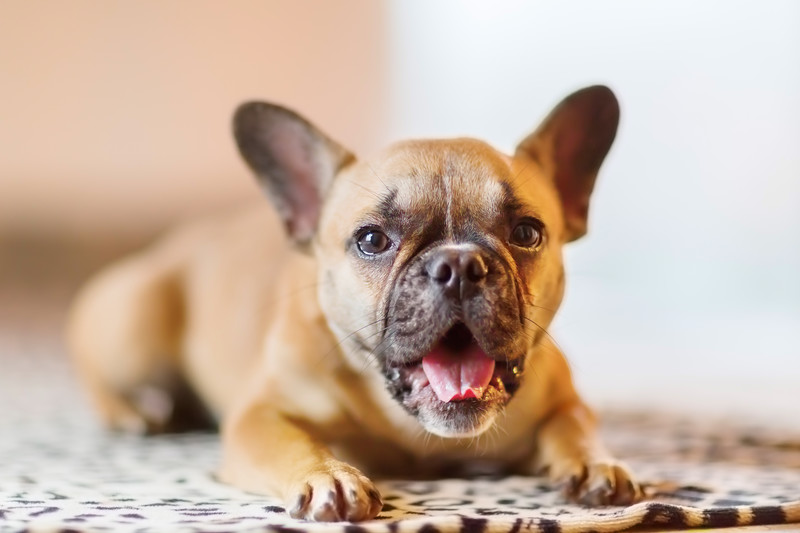 The Dog Behaviour Practitioner & the Law
I was walking down a street when a Jack Russell Terrier raced out of a house and attacked my leg. This occurred when I started out as young policemen on foot patrol in Cheshire many years ago; avoiding the Jack Russell’s flashing teeth meant that I came to no harm other than an Adrenalin boost and a wobbly helmet.

I immediately prosecuted the owner under the old Dogs Act 1871 and the owner received a warning and a small fine. I am now more than ever involved in litigation – civil and criminal – and mainly engaged for the defence of dogs due to the Dangerous Dogs Act 1991 (DDA). However, the Noise Abatement Act 1978 is a frequent interloper in my professional court case work, that can be complex and strange in its proportions of conflict. In addition, assessing the tracking abilities of police dogs in criminal prosecutions relating to burglaries/theft is also in demand. Dogs biting people in public places is also a regular case-note file that lands on my desk notwithstanding cases concerning the proscribed breeds section under the DDA. On the bizarre side, there was one case of a mother who claimed that her son had been accused by his wife of having sex with the family dog.

I will try to illuminate the world of dog law in relation to my profession and work with dogs, in plain English.

A lawyer recently contacted me stating that his clients’ case was most urgent and their dog needed immediate assessment. A few days later at my centre, in walked a beautiful Staffordshire Bull Terrier named Buzz with his owner Mr J, in regard to its aberrant behaviour. The story in brief is that whilst Buzz was out being walked, he grabbed a woman’s leg and bit into it, causing her to fall over. The incident was reported to the police and the Crown Prosecution Service summonsed the owners to court under the Dangerous Dogs Act 1991.

My police background and expertise in dog behaviour and psychology, criminal law, conducting investigations and evidence gathering allows me to undertake complex cases, which I thoroughly enjoy. Giving evidence in court is essential if one is to represent clients professionally and with competence.

First back to Buzz, the mongrel and the order of procedure. The lawyer representing the client contacts me, discusses the case and ascertains the likelihood of my evidence helping him defend his client and his dog. The client duly arrives at the centre knowing that my opinion may be the deciding factor in their defence. They are often tense, emotionally exhausted and look to me for hope. Their dog means a great deal to them, otherwise they would not spend so much money on counsel and general defence costs.

When the Mr and Mrs J arrived I filmed them on my centre camera network, how they managed their dog out of the car and particularly what control they had over the dog in the consulting room. Within minutes one can quite accurately determine owner/dog relationships. The lawyer had already sent me the summary of case facts, statements from two police officers and a nurse who tended the injured complainant, Mr J’s statement and other related evidence/paperwork. I had built up a full picture in my mind’s eye of what happened before we began the consultation. With the clients’ permission I videotaped the entire three-hour session. Then, as I would have done as a police officer, asked the client to relate the entire incident to me step by step, I only interrupt to maintain continuity or to exact more pertinent detailed evidence. I then mentally re visit the scene and clarify every single fact I feel is critical to the defence’s case and the dog’s behaviour. At the same time I have noted much interplay between Buzz and his owners. I have also surreptitiously executed actions and gestures to observe Buzz’s aggressive trigger reactions, further helping my behavioural assessment.

Temperament Test
The next phase is to test the dog’s temperament, which takes place in the consulting rooms and outside in the centre gardens especially designed for such tests away from the public gaze, using highly skilled dog trainers.

Evidence Compilation
The most important part of being an expert witness is having the skills to write precise, usable evidence and that is where many experts in dog behaviour fail, only law training can produce that skill. What you write often more or less determines the court outcome. Poor evidence compilation can and does destroy a very defensible case. Remember, in court a very skilled counsel will pick over your every word and innuendo. They may have somebody equal to you as their expert representing the prosecution and to counter your opinion. Knowing the rules of evidence writing and being able to construct such evidence is not an option; it takes years of practice. Some lawyers will help you, but if you are not careful it can backfire. When you are in the witness box you are on your own and what you wrote is what you are judged on.

Appearing in Court
Most witnesses will agree that appearing in a court is a very nerve racking experience with little to commend itself. I cannot in this article enter into much description other than to state that as an expert witness, you need to perform and yes, it is a performance, in a calm, unemotional and authoritative manner, which is not always easy when counsel for the prosecution or defence is determined to destroy your credibility. I have met some fellow experts who declared not to ever enter a court again having been humiliated and embarrassed at their first appearance. You can read more about being an expert witness on the CFBA website. I recently had a rough time with a judge in court, but after a break, it has simply sharpened me up for the next case I deal with and experience is gleaned once again.

Now onto the next case and outcome
Rob is the owner of the Labrador I alluded to earlier, named Pippa; unfortunately for Rob, Pippa is a yapper, howler and generally a noisy dog. The behaviour is episodic, but Rob lives in North London in a typical suburban road. The dog is cared for reasonably well and walked regularly; part of Pippa’s daily routine is being left in the garden in good weather, with accommodation for a few hours each day. Rob works from home so spends lots of time with Pippa. Local people have complained about Pippa’s barking – to the council, not Rob.

Evidence compiled by a council dog warden and other officials who stood outside Rob’s home, including audio taping his dog barking, landed Rob in the court under the Noise Abatement Act 1978. Rob asked me to opine on whether his dog barks to the point of being a nuisance. Rob had filmed Pippa over two weeks and handed me the tapes, a lot of tapes, to view.

It was immediately obvious to me from the tapes that Pippa was barking because of a mild fear base, rather than aimless bored barking. Even so the total amount of barking per day never exceeded about 15 minutes in total. I pointed out to Rob that though I could make suggestions to reduce the barking, the prime cause was a defective temperament and that Pippa’s barking was exaggerated alert barking to general local sounds. He applied my behavioural remedy suggestions immediately.

I wrote a statement for court, but the council brought along an army of officials and Rob could not afford my costs to appear. He also was so angered by the pettiness of the officials, he wanted to defend himself and show his weeks of tape evidence. Rob later told me that the magistrates seemed to have made their mind up before he spoke. He was found guilty and the magistrates fined Rob £5000.00 including costs. This to me was not justice, because if Rob had been wealthy he probably would have been able to fight the case more robustly. The council used ratepayers’ money for their action.

What determines a noisy dog is arbitrary so it is important to address the barking problem before your neighbours do.

Serious Crime
During last summer, one of my colleagues came to my office saying that a lawyer was on the phone with an unusual request regarding a criminal case of rape. Even I raised an eyebrow as to how that would require my doggy skills. The lawyer quickly acquainted me with a case summary. A woman raped, the defendant who lives six houses from her is in custody and awaiting trial.

The lawyer said that a component part of the prosecution’s case was police dog handler’s evidence that stated that he arrived at the scene and tracked from the victim’s house (a hard track on road) to the defendant’s house. The lawyer’s question was: Is that possible? I examined all the available evidence and concluded that this scenario was very much in doubt and needed challenging. At the trial other evidence, unbeknown to me at the time of my evidence compilation, was used – the defendant was found guilty on more substantial evidence including leaving a shoe in the victim’s bedroom – bit of a giveaway really.

Many people believe that all dogs should be automatically euthanized having bitten; even some veterinarians voice this opinion. In my view this extremism is amoral and often based on ignorance or the vets wishing to place themselves out of harm’s way if matters go wrong. I do not think that society should accommodate truly dangerous dogs, but understanding that dog aggression, growling, nipping, biting and barking is a dog’s natural species behaviour to communicate its mood to its own kind and to us. Our job is to moderate, condition and minimise possible conflict, which in most cases we do with 6 million dogs. Remember that whatever we expose domestic dogs to is unnatural; dog training is unnatural; living in a house is alien to a dog. Its genetic make up is designed to live in a natural landscape devoid of human interference, yet despite the changes we impose it is still the most wonderful creature to have been successfully brought into our homes out of the kingdom of animals.

As an aside, if we take a peep into human aggression, conflict and behaviour in the UK, we certainly are not a paragon of civility and good behaviour. The BBC website records 22.000 knife crimes last year alone, tens of thousands of people attacked violently each year by their own kind and hundreds murdered.

Dogs, it seems, can and do bite, but are not as dangerous as our fellow man. The irony of the matter is that dogs don’t realise that what they do, offends us or the law – people do.

This article has been reproduced with the kind permission of Colin Tennant for the CFBA, the CIDBT, and their students of Animal Behaviour