Dog Expert witnesses in legal disputes need to consider how to protect themselves from negligence and breach of contract claims following a recent case in which the Supreme Court abolished the longstanding rule that an expert witness enjoys immunity from any form of civil action arising from the evidence he or she gives in the course of legal proceedings.

This update was published in Legal alert – Small Business Update (Issue 89, May 2011).

In a landmark case, a man injured in a traffic accident brought a professional negligence action against an expert witness psychiatrist, when his personal injury claim produced much less compensation than he thought it was worth.

Preparing for his personal injury claim after being run over, the injured victim instructed a psychologist as an expert witness to report on his mental injuries. The psychiatrist did so, confirming his belief that he was suffering from post traumatic stress disorder (PTSD). But after a phone meeting with the opposing psychiatrist in the case — who had been instructed by the car driver — the psychiatrist signed a joint statement in which she agreed that her client was not suffering from PTSD and that she had found him deceitful.

This statement was obviously damaging and, as a result, the injured claimant settled his personal injury claim for much less money than he thought it was worth. He tried to sue his psychiatrist for negligence but the claim was struck out on the ground of expert witness immunity. However, the case was sent straight to the Supreme Court as a point of general public importance.

The Supreme Court heard the victim’s psychiatrist explain, among other things, that her real view was that the claimant had suffered PTSD and that she had not read the other side’s report before the phone conference. She had called the injured man ‘deceitful’ because she claimed he had not made her aware of his history, but the court heard from his lawyers she had received full details.

The court found that the immunity from being sued for breach of contract/negligence expert witnesses have traditionally enjoyed, both for evidence in court and for reports prior to court proceedings (such as expert reports) should be abolished.

Expert witnesses will continue to enjoy immunity from defamation claims. The longstanding immunity of (non-expert) witnesses is not affected.

Businesses who use expert witnesses should ensure that:

Disclaimer
This article from CFBA Information Limited is for general guidance only, for businesses in the United Kingdom governed by the laws of England. The CFBA disclaim all liability for any errors or omissions.

Supreme Court Judgement
The Supreme Court handed down judgement in the case of Jones v Kaney which abolished the immunity from liability in negligence previously enjoyed by expert witnesses. This article examines the facts of the case, the judges’ reasoning and the implications of the judgement for any of you who provide expert opinion in any form of litigation or court proceedings.

Background
The case before the Court was that of Jones v Kaney in which the Claimant, Mr Jones, sought to pursue a claim for compensation for the financial loss he had sustained as a consequence of the alleged professional negligence of Dr Sue Kaney. Dr Kaney was a clinical psychologist, who had been instructed to give expert medical opinion in Mr Jones’ claim.

The claim for professional negligence arose, not from the original opinion given by Dr Kaney, but from the joint statement she signed following a discussion with the Defendant’s expert. The joint statement was damaging to Mr Jones’ claim and moreover, it seemed, did not reflect Dr Kaney’s true view – she had felt under pressure in agreeing it. As a result, Mr Jones claimed that he had to settle his claim for significantly less than the settlement that would have been achieved had Dr Kaney not signed the joint statement in the terms she did.

The professional negligence claim, which, on the basis of the alleged facts, seemed to have merit was struck out by the Judge at first instance on the basis that Dr Kaney as an expert witness was immune from being sued. The Judge however felt that such immunity unfairly protected experts from the possibility of claims in negligence irrespective of their merit and permitted the issue to be heard on appeal before the Supreme Court, as it involved a point of law of general public importance.

The Supreme Court Decision
In a majority decision, the Court decided in favour of the abolition of expert witness immunity. In the leading judgement, LJ Philips, Master of the Rolls expressed some surprise that the right to expert immunity had not been previously challenged, and that it had just been accepted that the immunity which protects all witnesses of fact in order to encourage evidence being freely given without fear of being sued for anything that may be said, also applied to prevent a client suing the expert he had retained in negligence.

The principle rationale for the Court’s decision was:
There is a big difference between holding an expert witness immune from liability for breach of the duty he has voluntarily undertaken to his client for reward and granting immunity to a witness of fact who may not have chosen to give evidence.

The position of expert witnesses was analogous to that of advocates who had lost their immunity from claims in negligence some time ago. If experts were prepared to give evidence on the basis of being remunerated for doing so then why should they be treated any differently?

The first rule of law is that a wrong should have a remedy and there would need to be compelling reasons for maintaining any immunity. The Court found that there were no compelling reasons and immunity should be removed so that clients, who suffer loss as a consequence of negligence on the part of an expert appointed on their behalf, can recover compensation.

There was no evidence to suggest that the removal of immunity would have a deterrent effect on experts giving evidence. The Court drew support for this from the fact that experts already faced the risk of wasted costs orders and disciplinary proceedings for giving incompetent or negligent opinion in court; such proceedings having far more wide reaching effects upon experts in terms of professional standing and their livelihoods.

The removal of immunity was unlikely to give rise to experts tailoring their evidence. Concern was expressed by those representing Dr Kaney that the risk of a negligence action was likely to lead to experts standing by opinion later found to be incorrect for fear that to accept mistakes could lead to claims. The Court rejected that argument on the basis that experts, like advocates, have a primary duty to the Court.

The Court rejected the argument that immunity from suit was required to allow experts to comply with their duty to the Court, to frankly concede a change of view even if against the client’s interests. The expert’s duty to his client included performing his duty to give independent and unbiased opinion to the court. It would be nonsensical to suggest there should be immunity from breach of such duty in order to persuade the expert to perform that duty.

Expert witnesses’ immunity was already only partial – it covered evidence given during the proceedings and work preliminary to the expert giving evidence, such as his report for disclosure in the proceedings, but did not extend to work done ‘for the principal purpose of advising the client’ which was not primarily for the purpose of the litigation. The removal of the immunity was more likely to sharpen experts’ awareness of the need not to pitch the merits of their client’s claim too high at any stage.

The Court rejected the argument that the removal of immunity would lead to vexatious claims being brought against experts by disgruntled clients. Such claims would require support of another expert which the Court thought it was unlikely a party would be able to obtain and that as a result it was unlikely that either the party would fund such a claim personally or find a solicitor prepared to pursue the case under a Conditional Fee Agreement.

What are the implications of the judgement?
For many, the judgement has little impact. Many experts who give evidence in court were unaware before this case that they in fact enjoyed immunity from suit. In fact, many professional bodies insured their members against professional negligence claims even before the judgement.

It is not a watershed moment, although it might give professional negligence lawyers, who advise clients when claims go wrong, food for thought when considering who may be sued. Historically there have been cases where claims have failed because an expert has given poor advice or who has been brow beaten into changing their opinion. In such cases, those representing the client in the original actions have done nothing wrong and so there has not been an avenue down which a disgruntled client could pursue compensation. Now there may be.

There is also the position of the joint expert, who owes duties to both parties one of whom he is always bound to disappoint and who may be more vulnerable to claims.

Most experts give their opinion based on fact and professional judgment having carefully weighed up all the evidence. If such opinion is based upon current thinking and is supported by even the minority of one’s peers then it is highly unlikely that such an expert has anything to fear. The fact that a Judge in determining a case prefers one expert’s views over another does not mean that the losing party has a right of action in negligence against his or her expert.

If you can satisfy yourself (and in the case of disgruntled clients, their advisers or the court) that the advice/opinion you gave meets the standard of reasonable competence then you have nothing to fear from Jones v Kaney.

You are only at risk if:
You fail to undertake your role as an expert in a diligent manner i.e. you do not carefully read your instructions or worse still you commit your signature to a document such as a joint statement that you have not read.

In short, if you stick to what you have been taught and are true to yourself and abide by your primary duty to the Court, you have nothing to fear. That said, err on the side of caution. Ensure that you have professional indemnity insurance which is sufficient to cover the kind of claims that you might face. Perhaps check that your policy is on a claims made basis – the removal of immunity will apply retrospectively if the same reasoning is applied by the courts as was applied following removal of advocates’ immunity. 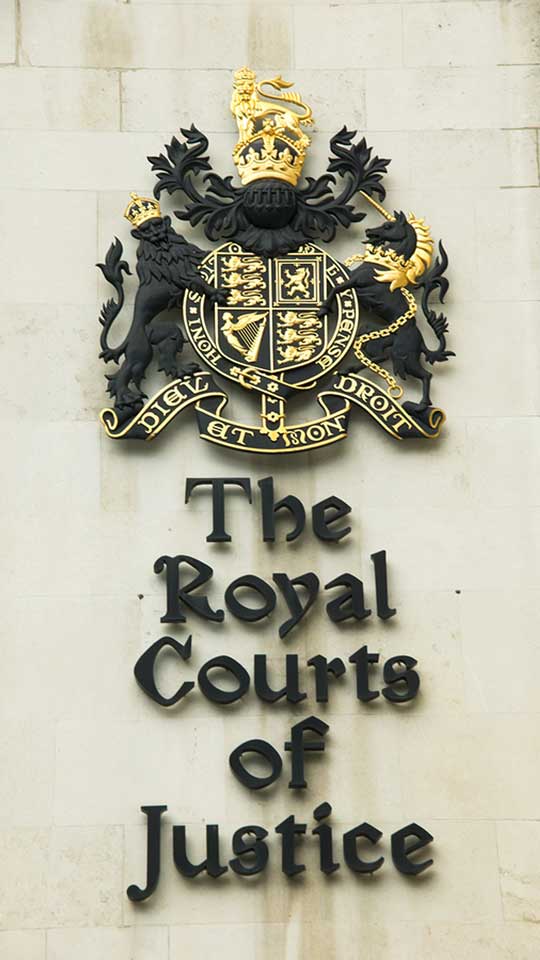