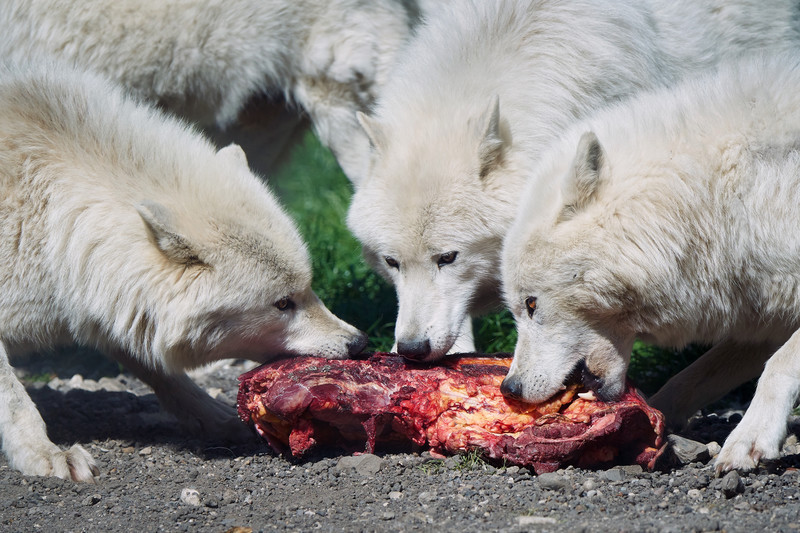 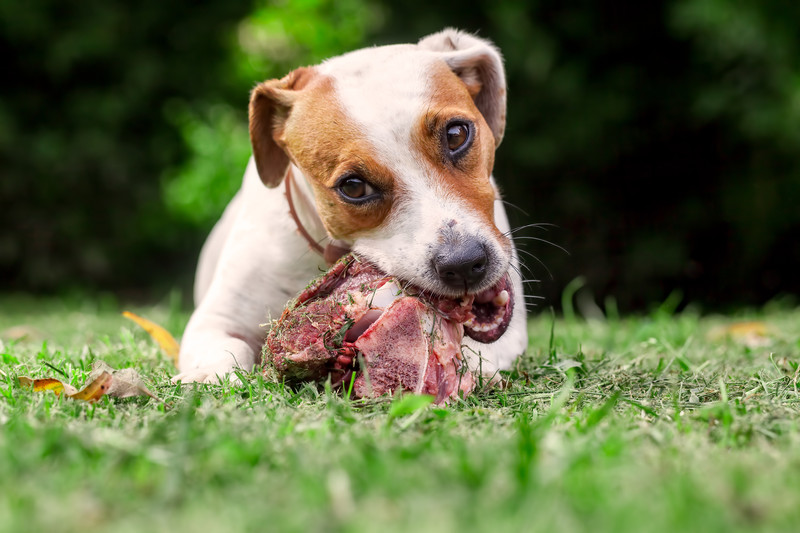 For dog lovers, comparative psychologists Friederike Range and Zsófia Virányi have an unsettling conclusion. Many researchers think that as humans domesticated wolves, they selected for a cooperative nature, resulting in animals keen to pitch in on tasks with humans. But when the two scientists at the Messerli Research Institute at the University of Veterinary Medicine Vienna studied lab-raised dog and wolf packs, they found that wolves were the tolerant, cooperative ones. The dogs, in contrast, formed strict, linear dominance hierarchies that demand obedience from subordinates, Range explained last week at the Animal Behaviour Society meeting at Princeton University. As wolves became dogs, she thinks, they were bred for the ability to follow orders and to be dependent on human masters.

Range and Virányi developed their new portrayal of dogs and wolves by giving a series of tests to socialised packs of mixed-breed dogs and wolves, four packs of each species, containing anywhere from two to six animals each. The scientists raised all the animals from about 10 days old at the Wolf Science Centre in Game Park Ernstbrunn, Austria, living with them 24 hours a day until they were introduced to pack life, so that they were accustomed to humans.

Range and her colleagues tested the dogs’ and wolves’ tolerance for their fellow pack members with a mealtime challenge. The researchers paired a high-ranking dog with a low-ranking pack buddy and set out a bowl of food, then gave the same challenge to a pair of wolves. In every match-up, “the higher ranking dog monopolised the food,” Range told the meeting. “But in the wolf tests, both high- and low-ranking animals had access” and were able to chow down at the same time. At times, the more dominant wolves were “mildly aggressive toward their subordinates, but a lower ranking dog won’t even try” when paired with a top dog, Range said. “They don’t dare to challenge.”

Wolves also beat the hounds on tests that assessed whether the canids were able to follow the gaze of their fellows to find food. “They are very cooperative with each other, and when they have a disagreement or must make a group decision, they have a lot of communication or ‘talk’ first,” Range said.  The same was not true for the centre’s dog packs; for even the smallest transgression, a higher ranked dog “may react aggressively” toward one that is subordinate.

Range and Virányi suspect that the relationship between dogs and humans is hierarchical, with humans as top dogs, rather than cooperative, as in wolf packs. The notion of “dog-human cooperation” needs to be reconsidered, Range said, as well as “the hypotheses that domestication enhanced dogs’ cooperative abilities.” Instead, our ancestors bred dogs for obedience and dependency. “It’s not about having a common goal,” Range said. “It’s about being with us, but without conflict. We tell them something, and they obey.”

“It’s wonderful work,” says James Serpell, an ethologist at the University of Pennsylvania. “But it’s not what the dog training community wants to hear; you can’t say the word ‘dominance’ around them. Does dominance exist as a phenomenon in dogs? The answer is clearly ‘yes,’ ” Serpell says, although he notes that there are breed differences. Other researchers, for example, have shown that when in packs, poodles and Labrador retrievers are more aggressive than are malamutes and German shepherds.

Monique Udell, an animal behaviourist at Oregon State University, Corvallis, says her own study of dog and wolf behaviour, also presented at the meeting, supports Range’s contention that dogs are waiting for orders. To find out if dogs are “independent problem solvers,” she presented 20 adult dogs (10 pets and 10 from shelters) with sealed containers of summer sausage. Each animal was allotted 2 minutes to open it.

Ten captive wolves were given the same test. Not one of the adult dogs succeeded; most did not even try. Meanwhile, eight of the 10 wolves opened the container in less than 2 minutes. So did dog puppies, indicating that dogs are no less capable of the task than wolves, but “as the dog grows and becomes more dependent on its human owner that [independent] behaviour is inhibited,” Udell said.

Underscoring the point, she found that adult pooches could open the container after all—when their human owner told them to do so. Because dogs “suppress their independence, it’s difficult to know what their normal problem-solving abilities are,” she told the meeting.

It may be that we have to give Fido a command to find out.